Домой Путешествия Are You Vacation-Phobic Like the Rest of America? 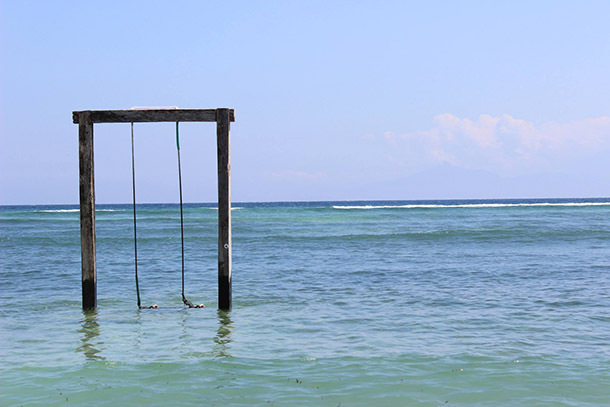 Admit it … you have unused vacation days … and it happens every year. Turns out Americans leave a total of 429 million vacation days unused annually (according to a 2014 Oxford Economics analysis). Skift and Boxever recently investigated why most Americans are vacation-deficient, and found out more about the people who do take their vacation time.

Why don’t Americans take as many vacation days? In the survey, of 2,000 people polled, 62 percent were not taking a vacation in the summer of 2015. In a previous survey done in the fall of 2014, another Skift study found that 51 percent of Americans had not yet taken a single vacation day that year. The work-life balance of the U.S. compared to other countries is so different … but why?

RELATED: Unused Vacation Days and Why You Should Use Them

While financial reasons can’t really be argued with (although I do believe traveling on a budget is possible though), I suspect the other 30 percent who claim to be «too busy». Vacation days come with a job, so why not make use of them? There are dozens of studies that prove time off leads to more productivity and higher levels of happiness both in and outside of work. These are the sorts of things you make time for.

I could be biased since I lived in Australia and have seen first-hand how an entire culture can have a better appreciation for the term «work hard, play hard,» but the «too busy» reason will never make sense to me. Traveling has given me so many life-changing experiences, ones that I would never have had if I’d been «too busy» to take the very vacation days that were already given to me.

80 percent of respondents travel domestically, and for those who do go abroad, it’s typically to Mexico and Canada. That means most Americans are missing out on the beauty and cultures of other continents outside of North America.

There are some promising trends. According to Sojern, searches for European vacations from Americans saw a 52 percent increase from last quarter AND, due to the lifted U.S. embargo on Cuba, American interest in Cuba skyrocketed 184 percent between quarters.

Summer, duh. The busiest times, according to a survey given to GasBuddy app users, are early summer, in particular the month of June. 73 percent of those surveyed had plans to travel between Memorial Day and Labor Day.

Last-minute travel is becoming more and more popular among millennials as booking functionality develops across mobile platforms. This trend particularly increases around New Year’s and again in March for spring break travel, according to Google. A survey by Wakefield Research and Priceline found nearly half of Americans regretted not taking a last-minute vacation and that 73 percent of millennials plan on taking a last-minute trip at some point this year. Maybe FOMO (fear of missing out) will cure the travel-phobic!

The travel industry is now in a unique position to change the way Americans view vacation … which is basically as an unworthy use of time and productivity.

If you look at it financially, unused vacation days can add up to $52 billion lost in vacation benefits each year (based off the 429 million unused vacation days figure). Next time you leave vacation on the table at the end of the year, admit to yourself that you’re basically working for free by not using these days.

Each day here at SmarterTravel, we strive to inspire travelers. So please, comment below if there is any type of content we can give you more of that will make you want to use up all of your hard-earned vacation days. Happy traveling!