Airbus, the ubiquitous provider of airplanes to major airlines worldwide, has filed a few new patents lately. And suffice to say, I am less than on board (excuse the pun) with what they’ve come up with.

Keep in mind that hundreds of patents are filed with the United States Patent and Trademark Office yearly by airlines, so it’s unlikely these exact torturous configurations will ever come to fruition. But still—how did anyone ever think this was a good idea? 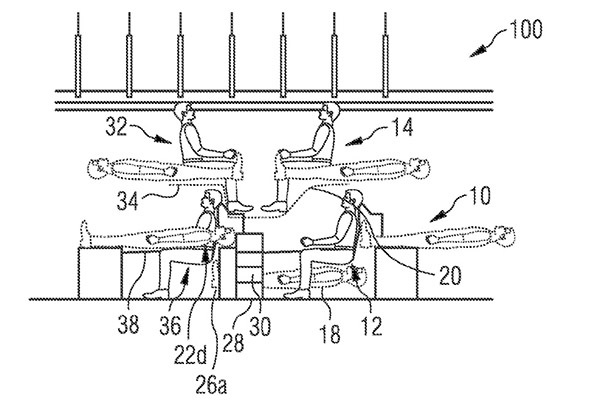 The mezzanine proposal, as it’s being called, would allow for passengers to essentially be stacked on top of each other, replacing overhead bins. (Just pause for a second and think about that. I mean, really.)

The upper level seats would be set above the middle rows and would have the ability to recline. A nice detail. Of course, you need to take a ladder to reach them, so maybe not that nice.

It seems though that when situated upright, the upper level passenger’s feet would be obstructing his or her seatmate below. The bunk bed-style seating just seems like a strange version of summer camp, complete with food crumbs and drink spillage from up above.

Apparently this would be intended for business-class sections, since it allows for lie-flat seating. It’s as if the airlines weren’t happy with simply ruining coach class, so now they want to make business class unbearable too. 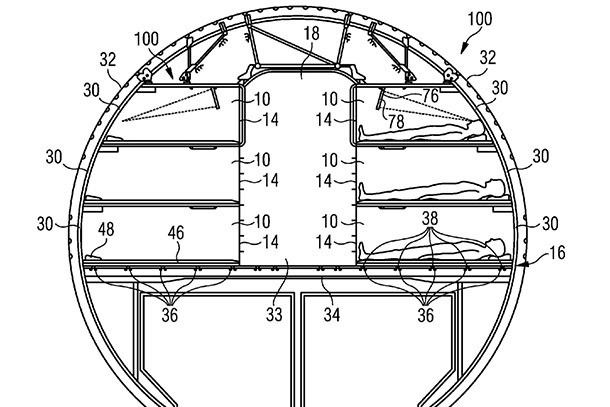 Now onto the sleeping boxes. This one gives you more privacy, and offers the side benefit of being a claustrophobic’s nightmare. The boxes would be stacked on top of each other in the rear of the plane and would be offered instead of—not in addition to—an economy seat.

This option would give coach passengers a way to lie down, but I know I wouldn’t exactly want to feel like I was stuck in a coffin for an eight-hour flight. As if flying weren’t nerve-wracking enough already.

The pods would be outfitted with a reading light and in-flight entertainment system, which is a nice bonus, and passengers would still receive meals (but not this kind of meal).

Airbus advocated in its filing that these patents could be applied to other forms of transportation, like buses and trains. Despite the obvious safety concerns, the ideas will only be developed if the manufacturer thinks it can make money from them—and given its response thus far, it’s looking like these ideas will be a no-go.