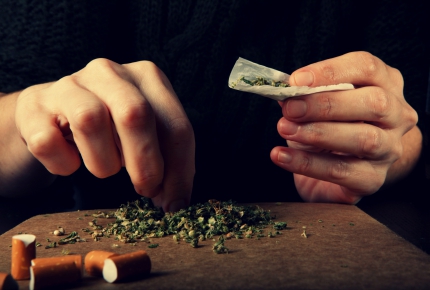 One of Amsterdam’s most popular coffeeshops ceased trading yesterday, as the crackdown on the red light district continues. Gavin Haines reports.

As well as a thick cloud of smoke, there’s a sense of foreboding hanging in the air in Baba today. One of the city’s most popular coffeeshops, this institution will close its doors for the final time tonight: its misty history snuffed out like a spliff in the night.

Most punters have no idea they are smoking in a coffeeshop that has hours to live. The group of Scottish lads sucking a bong are blissfully unaware that they’re part of Baba’s final act; the awkward young couple standing at the timeworn wooden counter are equally oblivious as they question the difference between Amnesia and Silver Haze.

There are no posters announcing Baba’s closure, no banners pleading for it to be spared; just a short, digital message rolling across the bottom of a television screen like breaking news.

Unlike British pubs, which are closing as they struggle to draw in punters, Amsterdam’s coffeeshops, particularly this one, seem to be doing a roaring trade. So what gives?

“They want to turn this street into a fancy street,” explains a female employee at Baba, who asks to remain anonymous. “And we’re not fancy enough for them.” 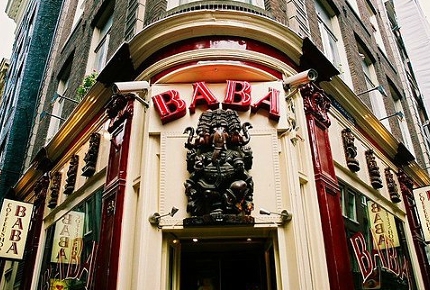 But for how much longer? Amsterdam is renowned for its liberal values and vice, but authorities in the city are continuing their quest to “clean up” the red light district as part of a 10-year plan called Project 1012. The initiative began in 2007 and it aims to close 200 of the district’s 480 window brothels and 26 of its 76 coffeeshops by 2017.

“A lot of the coffeeshops along this street have closed,” explains the anonymous Baba employee, her eyes heavy with weed. “Stones, which is opposite, is also closing soon, which means there will be no coffeeshops on this street anymore.”

Baba plans to open in a new location, but its association with Warmoesstraat has almost certainly come to an end. Perhaps the building will become a restaurant or a wine bar: something to attract a “better class” of tourist.

10 of the best coffeeshops in Amsterdam
Christiania: Is this the end of Denmark’s free town?