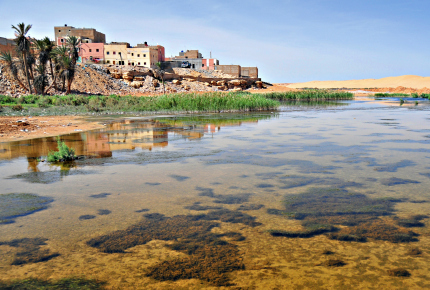 It’s 40 years today since Western Sahara was annexed by Morocco, but life goes on in this disputed and forgotten land. Campaigner, Beccy Allen, recalls her first visit to the territory.

There was a sense of foreboding in the air. Armoured trucks, military men and scary-looking Moroccan police were scattered all over the city. The atmosphere was tense, unsettling.

I had travelled to Laayoune, Western Sahara with two friends – Sidi and Andrea – to witness first hand what life was like in the Moroccan-occupied country.

Few tourists make it down here and the authorities welcomed us with hostility. Military checkpoints were everywhere and we were constantly asked to explain our presence in Western Sahara.

It was an uncomfortable trip, but also extremely rewarding. One of the most amazing things about going to a destination most people haven’t heard of, is that feeling of venturing into unchartered territory. I felt like a pioneer.

"The atmosphere was tense"

Laayoune is not, in the traditional sense, a beautiful city (I believe it was once and could be again). But it does have a certain charm.

I was struck by the faded facades of the old colonial properties, together with the magic of street markets, the enchanting call to prayer and the smell of freshly caught fish and grilled meat.

Occasionally, we ventured out of Laayoune, past military checkpoints, to explore sand dunes, beaches and desert oases.

The desert really is breathtaking. You can watch the hills slowly change with the movement of the wind. And you can playfully roll down the shape-shifting dunes, tumbling through the soft, warm sand until you come to rest at the bottom.

As a Londoner I was constantly struck by the solitude of the desert and the chance it afforded me to be totally alone. 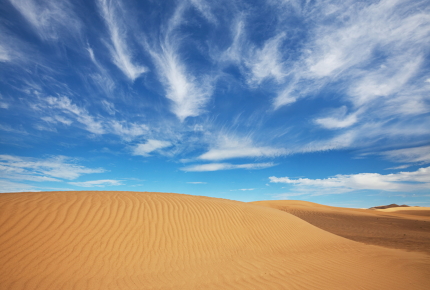 I was also struck by the sea: in a country ravaged by injustice, the calmness of the ocean symbolised the peaceful means by which the Sahrawis (Western Saharans) face their predicament on a daily basis.

Western Sahara and its people suffer a quiet plight. A former Spanish colony, it was annexed by Morocco on Halloween 1975, whose troops went on to wage a war against the Sahrawi liberation movement, known as the Polisario Front.

The Polisario Front declared the Saharawi Arab Democratic Republic (SADR) an independent state in 1976 and claims sovereignty over Western Sahara from exile in Algeria.

A referendum was promised to the people of Western Sahara in 1992, but it still hasn’t happened. The international community does not officially recognise Morocco’s annexation, but the likes of Russia and the US have taken a largely neutral position on each side’s claim.

Those who stayed in the territory live under an oppressive occupying Moroccan regime. There are regular beatings. Intimidation is rife. UK-based NGO Adala UK documents these human rights abuses.

Thousands have fled and live in refugee camps across the border in Algeria. The exact number of refugees living there is disputed, but Algeria estimated there to be 165,000.

I was incensed by the endless checkpoints in Western Sahara, aware that such obstacles are put in place by the Moroccan government simply to make things difficult for the people living there.

I was also touched by the immense hospitality and warmth of the Sahrawi people. From the houses, which, in real terms, had so little, we came away with so much – either in material for traditional dresses or in the amount of love and respect we had been shown. A cliché, I know, but so very true.

Beccy Allen will be running the Sahara Marathon in Algeria next year for Sandblast Arts to raise money for the Sahrawi refugee camps, which have been devastated by recent floods. You can sponser her here. 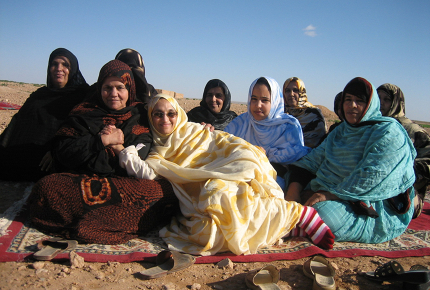