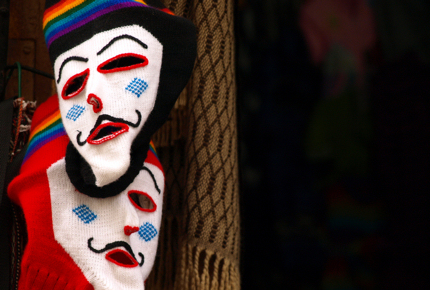 Forget Auld Lang Syne and elbow room only, our alternative New Year’s Eve guide will take you from punch-ups in Peru to the bottom of a Siberian lake.

1) Dive with a tree in Siberia

Lake Baikal is the scene of one of the more bizarre New Year’s celebrations. The Siberian tradition sees local divers cut a hole in the lake’s icy surface, don their dry suits and plunge into the frigid waters… with a Christmas tree. The divers descend to the bottom of the lake, before emerging to face temperatures of -20°C (-4°F). Only certified divers (and nutcases) can take part, but anyone can watch. 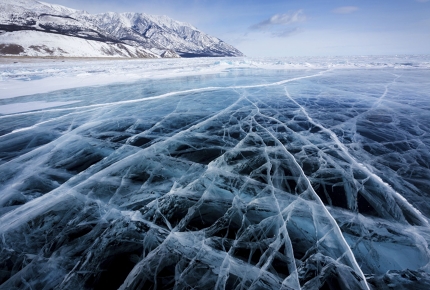 Are you tall, dark and handsome? Then do something charitable this New Year, by first-footing a random in Scotland. Folklore dictates that the first person to enter a house (or ‘first footer’) on New Year’s Day will bring good fortune for the year ahead – providing they fit the aforementioned description. First footers should also bear gifts such as coal, bread and whisky. 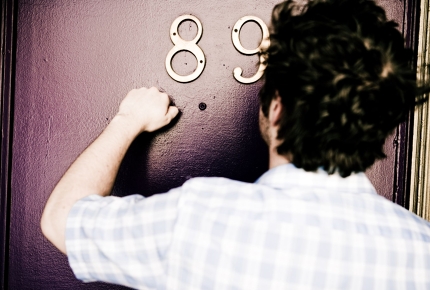 3) Burn your bad luck in Ecuador

2015 been a stinker? Then have a cathartic New Year in Ecuador, where locals vanquish the misfortunes of the previous 12 months by torching giant effigies, which represent bad luck, in the streets. Jumping over the burning embers 12 times is said to bring good luck or, failing that, third degree burns. 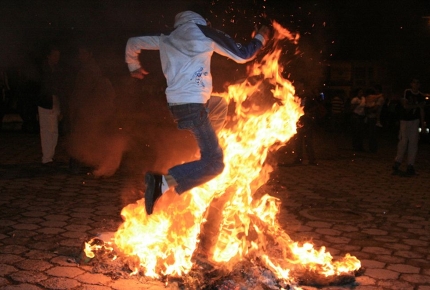 4) Gorge for good luck in Estonia

In Estonia eating 12 meals on New Year’s Eve is believed to bring abundance for the year ahead. If that’s likely to put a strain on your trouser line, you could go for the more modest seven meals, which, according to local custom, will bring you the strength of seven men in the year ahead. Or gout. 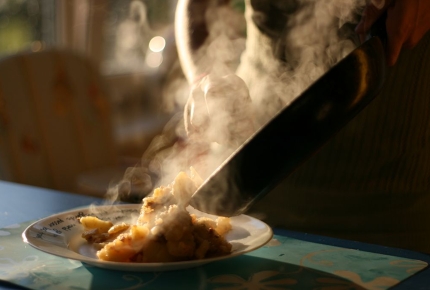 5) Dance with bears in Romania

Evil spirits, if you don’t want your New Year surprise ruined, look away now. In Comanesti, northwest Romania, locals parade the streets dressed as bears and dance door to door to the drone of a drum to ward off evil spirits. 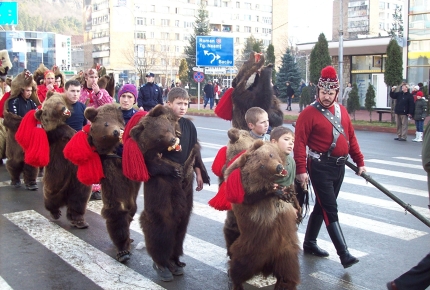 When Samoa wiped a whole day from their calendar back in 2011, little did they realise that the time zone shift would now allow travellers to squeeze in two New Year’s Eve parties in a day. Kick things off on American Samoa before travelling 80km (50 miles) west to Samoa to do it all over again. 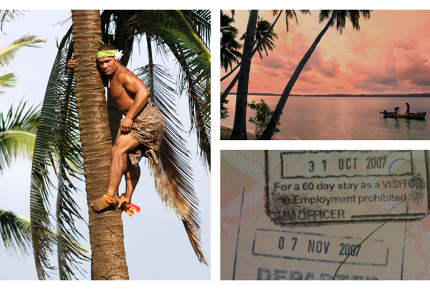 7) Take the plunge in Wales

Wash away that New Year hangover at the annual New Year’s Day dip in Saundersfoot, West Wales. Last year over 1,000 participants plunged into the icy Bristol Channel for good causes, making it the largest event of its kind in the UK. The event can be paired with a New Year’s Eve in the nearby town of Tenby, where revellers gather at midnight to sing Auld Lang Syne beneath the town’s clock tower.

The promise of a year full of good fortune – as well as twelve seconds of looking like an idiota – greets those who can eat a grape for every midnight chime of the clock atop the Casa de Correos building in Puerta del Sol Square, Madrid. Each grape eaten promises one month of good luck in the coming year. 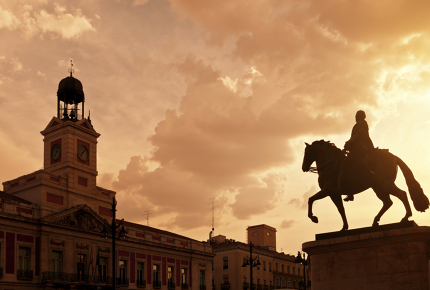 What better way to start 2016 than with your own ox? In Bologna, New Year is celebrated with the Fiera del Bue Grasso (Fat Ox Fair). A chosen ox is adorned from horns to hooves with flowers and ribbons and is paraded through the streets to the chorus of midnight bells, fireworks and whoops of joy. After midnight a lottery is held and the winner gets to keep the horned creature. 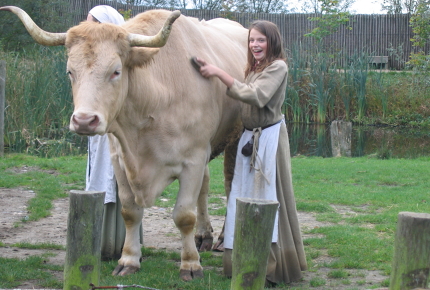 Fallen out with your neighbour this year? Bring a touch of the Peruvian pugilist to your hometown by following the tradition of Takanakuy – the annual alcohol-driven, paws-up brawl which settles spats with a scrap. Taking place in the rocky Chumbivilcas region on 25 December, rows and fallings out are sorted through a slugfest, before participants hug it out and move on. 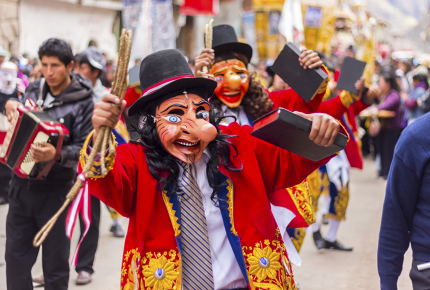