Домой Путешествия Mystery holidays: Are we really that bored of holidaying? | World Travel... 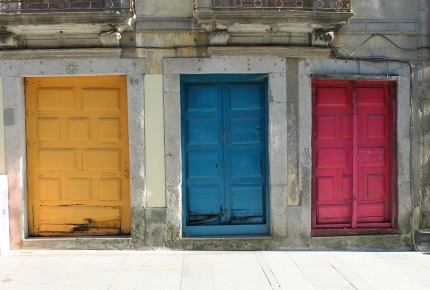 Daniel Fahey jets off with Mistrip, a company that keeps the location and itinerary secret until the last minute. But are we really that bored of holidaying?

I know three good stories that begin at an airport: one involves magic mushrooms; another soiled shorts through security. This is the third.

I was stood coffee-less among the brightly lit, early morning queues of the check-in desks at Stansted Airport with a borrowed bag and an unopened A4 envelope.

My instructions were simple: Stansted Airport, 7.30am. No destination; no hotel; no one to meet.

But travelling with Mistrip, that was the idea. It is one of a growing number of companies that organise holidays but keep the location and itinerary a secret.

Carefully I tore the envelope open… I was headed for Porto. 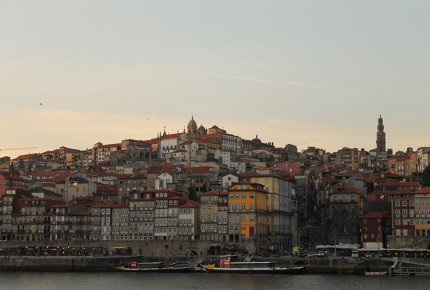 Hotel Douro is an aging, ochre-heavy business property that stands in the former fishing quarter, along a petite street of florists and monumental masons that leads to an impressive cemetery where the painter Dominguez Alvarez is buried.

A short lurch from the city centre, it wasn’t in an area I would have considered staying in (little less the hotel I’d chosen), but that is one of Mistrip’s attractions – it can take tourists beyond their typical travelling habits.

“Nowadays, people have no time to prepare their holidays,” believes Marina Almeida–Silva, the founder of Mistrip.

She thinks they’re too busy to select suitable destinations, let alone sort activities. To me, that sounds like a modern life stereotype.

“We do all of that work for the customer and more. We always offer a mystery experience to enrich the whole trip,” she adds.

The premise is simple: fill in a short online questionnaire regarding dates, budgets and interests – and leave Marina and her team to sort the rest.

The company offers holidays around the world where ‘Mistrippers’ can end up doing anything from skydiving to sleeping in castles via learning to milk a cow.

Sara Dias, my softly spoken tour guide, met me outside my hotel. It was one of those rare autumnal days where the clouds are stolen from the sky and passing cars whoosh like calming waves.

“What do you want to see?” she asked as we set off.

“Anything that you love, but not many people visit,” I suggested. 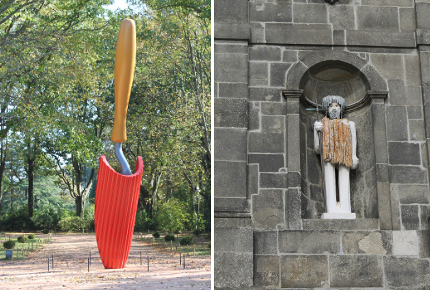 So we took in art, notably an over-sized trowel by Claes Oldenburg and a wonderfully kitsch St John the Baptist sculpture by João Cutileiro that peers into medieval Ribeira Square. Locals think it looks like he’s holding an accordion; I think it resembles Matthew Kelly in a hula dress.

The afternoon was spent consuming the grand neo-gothic bookshop that was thought to have inspired Harry Potter and poking into a former jewellers, Reis & Filhos (now a clothes shop), to discover a hidden ceiling fresco.

We visited spots that I would’ve skipped too, such as the Clérigos Church. As divine and as restful as it was, I’ve little interest in the ecclesiastical.

As the sun slipped into the back pocket of the Vila Nova de Gaia skyline, we reached the river’s edge. Barcos rabelos boats (traditional Portuguese cargo boats) curtsied softly in slate-shaded swells.

Over the bridge we went through the dim of a disused wine cellar to 3+ arte, a creative cooperative. Inside was a caravan adorned in azulejo tiles and a makeshift bar selling port; the space was filled with tarted-up sardine tins and miniature statues.

“Someone online said we’re a hidden gem,” cackled Anna, one of its artists. “I like that – hidden gem.” She then showed me a world of props, costumes and half finished art out the back. 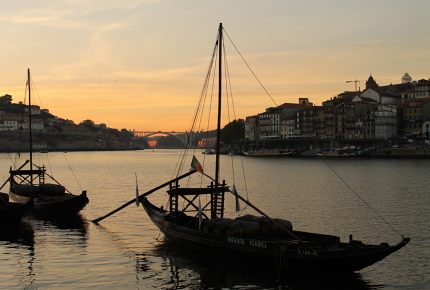 The next day, we ribboned the mountains of Trás-os-Montes in Sara’s car, the radio signal fading in and out. Slash-and-burn smoke and mid-morning mists hid vineyards and villages like a magician’s cloak before the reveal.

In Pinhão, locals shiver and sweat between temperatures of -2°C (28°F) in winter and 45°C (113°F) in summer, but the area has the ideal terroir for producing port wine.

We stopped for a couple of glasses at Symington’s newly opened Quinta do Bomfim vineyard. Its terrace, all ruby iron pillars and white director’s chairs, felt like a Disney-fied version of colonial architecture.

Turning our sails back towards Porto, we ran the brow of the river, looping up a slim, stonewall-lined track that latticed across the stepped landscape. Here we met Antonio the sailor.

“Mistrip works with real people,” said Marina. They work with local experts that can offer something a little different from the usual holiday excursions.

They also research the mini guides that are sent out to Mistrippers, trumpeting hidden spots. From mine, I relished the solace of Rota Do Chá, a Japanese tearoom that was recommended in the guide. 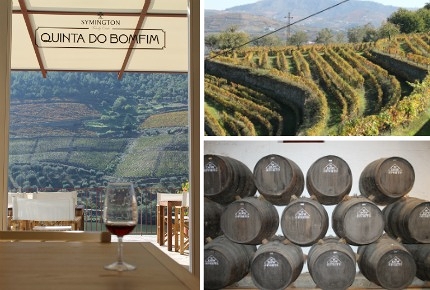 Just beneath where the car had stopped, Sara pointed to a surveyor’s hut that looked out across rows of vines and the slow stroke of the Douro River.

The prim white shelter had two rooms: a tiny lounge upstairs and a kitchenette below. It belonged to Antonio, a longhaired, cigarette-sucking sailor with sea stubble and crow’s cracks around his eyes. It looked as if he’d sailed into the sun all his life.

On the terrace, he’d rustled up a governor’s lunch: shallow-fried cod; sardines in tomato sauce on thick bread; black-eyed peas; beef that melted from the bone if you dared look at it; plus sublime wine from the hills that cloaked us.

Full, and with earnest alcoholic energy, we headed to the river for my final surprise.

I’d been told to expect a water-based activity, so had packed swimming shorts, but we headed along the Douro River aboard a Dutch-style boat instead.

As I leant back on the deck, watching the sun duck behind the peaks as we cruised downstream, I had room to reflect: are we really that time-short we can’t book our own holidays? Or tired of the more traditional ones?

For me, Mistrip could be the package holiday of the Internet Age: its tailored element panders to our demand for personalisation and its one-off activities can feed our online narcissism. The only fear is that you could end up in Abidjan. 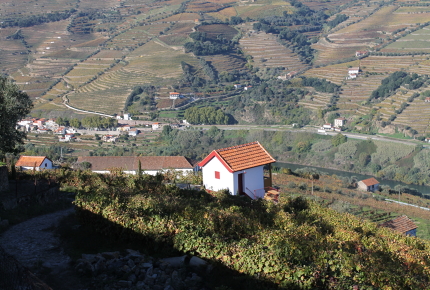 More information
Mistrip offers three levels of mystery: either the entire trip is organised by Mistrip; one of the travellers help plan part of the holiday; or the Mistripper chooses the destination. Head to www.gomistrip.com/en for more.