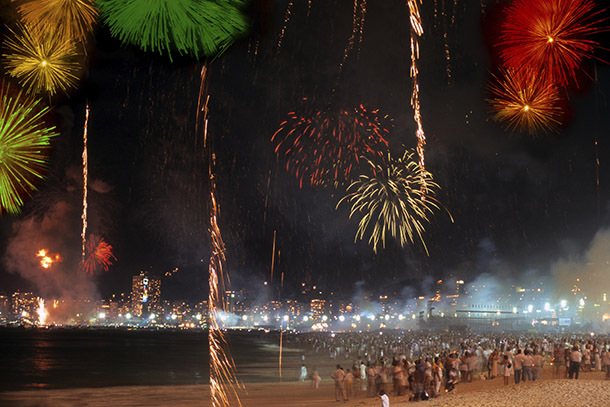 As the holidays quickly approach, travel anxiety peaks—crowded terminals, delayed flights, and congested highways are all part of the holiday routine.

But some routes will be more challenging than others this holiday season. Sojern has analyzed trends from recent searches to determine the most popular trips during the holidays. And Kayak has also released a similar trend report analyzing search data for holiday travel.

Using these two reports, we’ve come up with the top destinations for Thanksgiving, Christmas, and New Year’s—so if you can’t beat ’em, join ’em … or avoid these destinations altogether for some peace and quiet.

Top 5 Most Expensive Airports to Fly From for 2015:

Kayak recommends departing on Thursday and returning on Friday for lowest fares in North America, and booking at least two weeks in advance.

Again looking at Q3 stats, travelers are looking to take slightly longer vacations (eight days or more) this year compared to last year. The most popular departure dates are December 23, 19, 18, 22, and 24 (in order of demand) for North American travelers. Check out some other statistics for travel during this period.

RELATED: The Secret Way to Book a Cheap Holiday Flight

Top 5 Holiday Escapes: (based on growth comparison from 2014)

Kayak recommends departing on a Thursday and returning on a Saturday for holiday travel in North America and booking one to three weeks in advance.