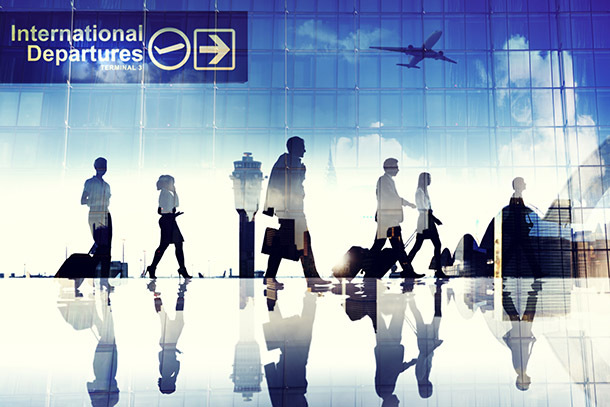 In the midst of the busiest travel season of the year—just before the holidays—the U.S. State Department has issued a Worldwide Travel Alert for all Americans. This may not come as a surprise due to recent terror attacks like those in Lebanon, France, Mali, and Nigeria, along with the weeklong lockdown in Brussels. But what may surprise some travelers is that this state of alert isn’t unprecedented.

The alert will certainly affect your travel in one way or another, but perhaps not in the ways you’d expect. If you’re heading home or abroad in the next few months, here’s what you should know ahead of hopping on a plane, train, or bus.

The most recent Worldwide Travel Alert before this one was issued last December, days after a lone gunman took 17 hostages at a cafe in Sydney, Australia. Another was issued in 2013, citing new government intelligence that signaled an attack was being planned; and two were issued in 2011 after several Al Qaeda leaders were killed. These alerts are usually prompted by large developments on the terrorism front.

RELATED: What To Do in an Emergency Situation Abroad

This Worldwide Alert’s main purpose is to keep travelers aware of the fact that authorities across the world are working against an increased terror threat, and to advise everyone to be vigilant of suspicious activity. In general, this will probably mean longer security lines and more time at customs, as well as an increased security presence in public spaces.

However, security should start and end through official channels, as multiple airlines found out this week. Southwest and Spirit both had to address controversies after delaying or preventing passengers of Middle Eastern descent from boarding flights due to «complaints» from fellow passengers. Getting involved in security measures as a passenger is both unsafe and unnecessary. «See something, say something» is not the same thing as fear and prejudice.

An alert differs from a warning, which is assigned to places that officials believe travelers should think twice about visiting. This month, the department has issued Travel Warnings for North Korea, Afghanistan, Kenya, Chad, Bangladesh, and Burundi. The State Department describes alerts as follows:

«We issue a Travel Alert for short-term events we think you should know about when planning travel to a country. Examples of reasons for issuing a Travel Alert might include an election season that is bound to have many strikes, demonstrations, or disturbances; a health alert like an outbreak of H1N1; or evidence of an elevated risk of terrorist attacks. When these short-term events are over, we cancel the Travel Alert.»

The alert expires on February 24, 2016. That’s not a calculated window of time specifically assigned to the increased risk of terrorism. It’s simply 90 days from the day the alert was declared.

This allows officials to revisit the alert in three months and decide whether or not conditions have improved. With that in mind, don’t go into hiding until the end of February, but also don’t assume that it will be lifted by then.

You’ve likely seen the headlines, but it’s important to remember that soccer games, movie theaters, and cafes can also be sites of attacks. This isn’t to say that you should walk your streets in fear, but you should maintain the same vigilance that you would have at the airport or train station in other places as well. The State Department acknowledges this in the alert, advising that: «U.S. citizens should exercise vigilance when in public places or using transportation. Be aware of immediate surroundings and avoid large crowds or crowded places. Exercise particular caution during the holiday season and at holiday festivals or events.»

No one wants to think about the prospect of being at the site of an attack, but it’s best to be aware of your surroundings and anyone displaying suspicious behavior in case something does happen.

Buy cancel-for-any-reason insurance that will let you abandon travel plans if something prevents you from traveling or makes you feel as if you should cancel. You can search for policies that fit your needs on sites like SquareMouth and InsureMyTrip.