Домой Путешествия The Bestselling Holiday Gift of the Year Is Now Banned by Major... 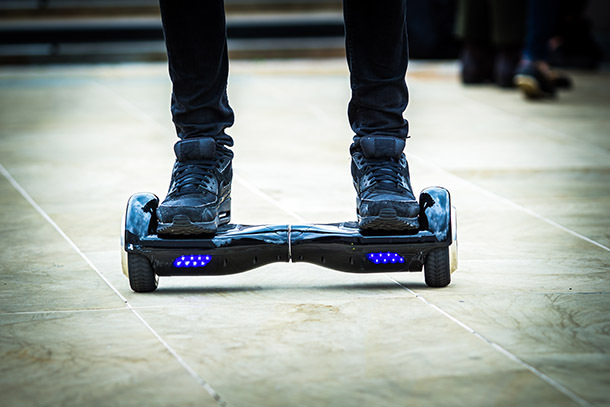 Self-balancing scooters, a.k.a. those «hoverboards» or «balance gliders» everyone has been zooming around on, are bound to be this year’s hottest gift. But according to several major U.S. airlines, that’s exactly the problem.

Delta, United, Southwest, JetBlue, and American have all announced that the scooters will no longer be allowed to fly as carry-ons or checked luggage due to reports of the scooters’ combustibility.

The problem is with the powerful lithium ion battery. The average scooter takes two hours for a scooter to charge, and a fully charged scooter is able to travel up to 10 miles. According the US Consumer Product and Safety Commission, there have been at least 10 reports of fires caused by the scooters, although executives from companies selling the most expensive versions of the scooters argue that it’s the cheap knock-offs that pose the real danger. In fact, Swagway scooters were