Домой Путешествия Disney Is Raising Ticket Prices for the Military, Too 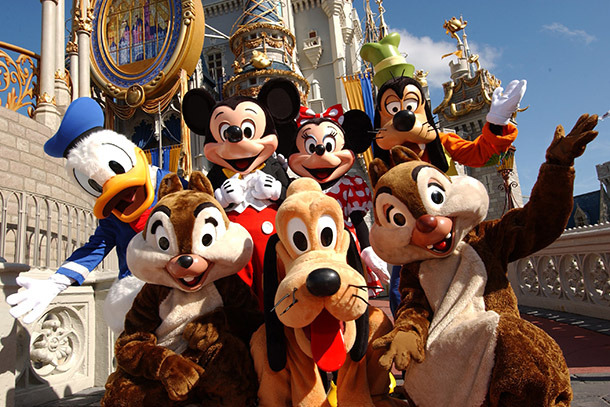 My husband is in the military, so for years now our little Army family has gleefully enjoyed the deal Disneyland has offered to active and retired U.S. service members and their spouses—we walk up to the ticket window, flash our armed-services ID cards, and they sell us special three-day Park Hoppers for $132. These Park Hoppers don’t have to be used on consecutive days (we can stretch their use over months) and if we bring five guests each, we can get them all that same sweet deal.

But the last time we were at the parks, in early October, the person at the box office told me that this offer will end on December 20 and be replaced by another one, though she couldn’t divulge the details. She implied that Disney was changing things because people were taking too much advantage of the generous offer.

As both a journalist and an Army wife, I was curious about the changes Disney had in store for military tickets, so I emailed John McClintock, a publicist for the parks. He replied with the lowdown on Disneyland’s new policy for military tickets, which goes into effect on January 3, 2016.

First off: Yes, it includes a price increase. But it’s a pretty palatable one, considering the overall value. The park is keeping the three-day Park Hopper promotion structure for veterans, but now it will cost $143 for each three-day ticket, an $11 (8.3 percent) increase. That breaks down to less than $48 for each Park Hopper day—still, by any measure, a tough-to-resist deal. (It’s worth noting that three-day Park Hoppers for members of the general public jumped from $265 to $275, a 3.8 percent increase, in February. Other admission costs also went up over the course of this year, causing some outrage.)

I was grateful to find out that my milspouse ID will still let me buy these super-discounted tickets for up to five others. This assures that my toddler, who has had to be without her dad for weeks at a time while he fulfills his military obligations, will be able to keep having days at Disneyland with not just me but also her grandparents and her uncles.

Service members and their spouses can buy these tickets starting now, either at the parks or at military bases, and they’ll be good through December 19, 2016, with blackout dates of March 20 to April 1.

RELATED: Could Surge Pricing at Disney Be … a Good Idea?

If you’re a veteran buying tickets for guests, they have to be with you at the box office, where each person must write their name on their ticket. At the entry gate, your photo is taken to prevent you from transferring the special ticket to anyone else. And you have to show a valid military ID, or be with someone who has one, when you use your ticket for the first time, but not for subsequent admissions—meaning that guests can use two of their three discounted days without their veteran «chaperone.»

Disney World in Florida offers a similar discount: $196 gets veterans and military spouses a four-day Park Hopper, at least through December 19, 2016, with blackout dates of March 20 to April 1. Again, this includes the ability to buy five additional tickets at the same reduced price.

McClintock added that active and retired U.S. military personnel are also entitled to specially priced rooms at Disney-owned hotels. If you reserve in advance and have a military ID when you check in, you can get a room at the Disneyland Hotel, the Grand Californian, or Paradise Pier for 40 percent off rack rates. (For a January weekend stay, that translates to around $250 per night—the best discount the Disney hotels offer to any group besides the company’s own employees.)

Of course, Disney isn’t the only theme-park company that salutes veterans by giving them a break on admission—most do. Notably, Sea World San Diego gives veterans plus three guests free tickets. Knott’s Berry Farm is free to veterans for about two months out of the year, and Six Flags parks are free to service members on Veterans Day.

Most military families can’t afford to treat themselves to an expensive day of fun, so it’s both generous and right of amusement parks to find a way to let in those who make sacrifices to keep the country safe. I can tell you from personal experience that being able to visit a theme park as a family is a huge morale boost, and makes us feel proud of (and recognized for) our service.