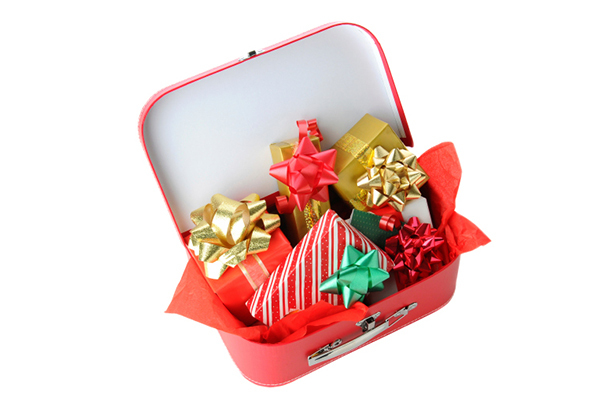 With the holidays and new year quickly approaching, here’s everything you need to know for the busiest travel season the U.S. has ever seen. Whether you’re hitting the slopes, warmer weather, or visiting family and friends, you’ll be on the road—along with a lot of other people. 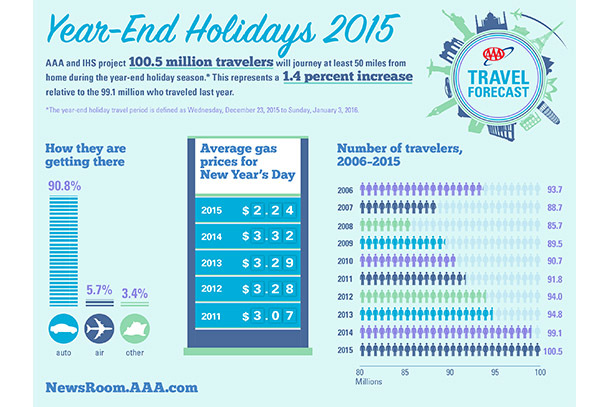 According to AAA this season will see a 1.4 percent increase in travelers from last year, bringing the total number of people traveling during the holiday period (defined as December 23 to January 3) to 100.5 million. Thanks to rising income and lower gas prices (expected to fall below $2 per gallon), the U.S. will see 91.3 million people on the road and 5.76 million traveling by air.

Shared accommodation platform Airbnb released some of its numbers for 2015 New Year’s Eve bookings, and they claim that more than 1 million people have booked a room so far on the celebratory night. New York City, Miami, Los Angles, Orlando, and Tahoe took the top five spots for most popular booking destinations. While these number are self-reported, it is important to note that this is the first time Airbnb has broken a million bookings in any given night.

RELATED: The Hottest Holiday Destinations for 2015/2016

Traveling isn’t the only thing people will be doing this year, according to the U.S. Travel Association, American travelers will spend over $28.7 billion dollars over the holiday period, a steady increase from last year.

You Tell Us: Do you plan to stay local or travel far this holiday season?