Next month, Norway will host a festival dedicated to the dulcet sounds of ‘ice music’. Marie Peyre gives us a preview of what’s to come.

Every January, the Norwegian town of Geilo brings a whole new meaning to the phrase chill-out music – for it hosts a festival dedicated to instruments made of ice. Ice guitars, harps, trumpets, you name it someone is coaxing music from it as part of the four-day jamboree known simply as the Geilo Ice Music Festival.

Celebrating its 10th anniversary this year, the festival was the brainchild of local ice music enthusiast, Terje Isungset, and tourism director, Pål Medhus, who between them have created the only festival of its kind in the world. 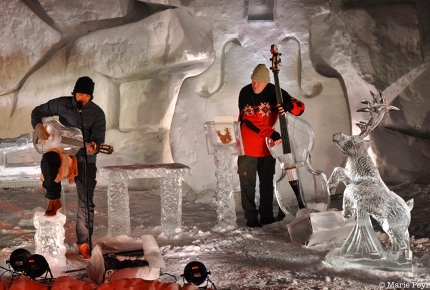 The unusual party attracts big Norwegian names, who relish the opportunity to push established musical boundaries and try something new, both onstage and off. 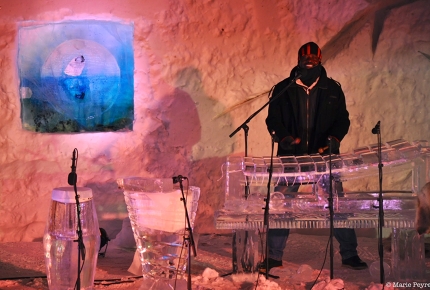 It is not only local artists who perform at the festival, which attracts a fair share of international stars. Mamadou Diabate, one of the world’s leading balafon players, last year travelled all the way from Burkina Faso to Geilo, much to the delight of the audience. 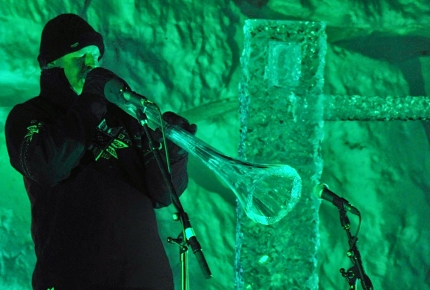 Many artists return year after year. The talented Trio Mediæval for example, a popular act at the 2015 festival, will be back in 2016. So will trompetist Arve Henriksen, percussionist Helge Norbakken and Mamadou Diabate. 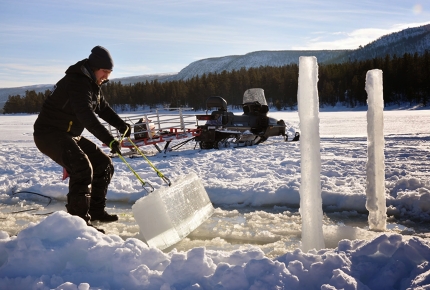 All the instruments, the stage and the amphitheater at Geilo Ice Music Festival are carved out of local ice and snow. The purest ice, extracted from a secret location on a nearby lake, is reserved for the instruments. 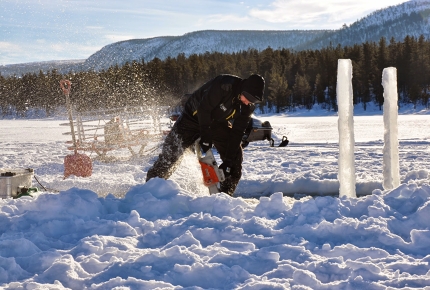 “To make the best sound the ice should have no bubbles – typically the kind of ice found deep under the surface, near running water,” explains the man in charge of sourcing the ice, Even Grue Rygg, as he wields his chainsaw. “The temperature for the very best ice has to stay low and stable for several months to ensure optimum acoustic clarity for the instruments.” 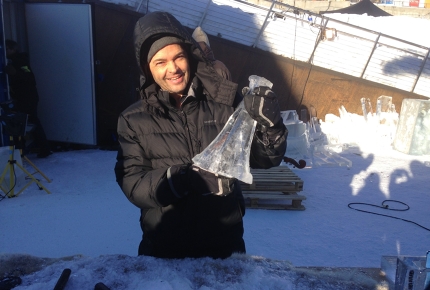 The musicians performing at the festival all make their instruments themselves – under the close supervision of expert ice man, Bill Covitz, who flies in every year from his native Connecticut to help carve the instruments for the festival. “This process can take several hours,” says Arve Henriksen, a veteran of Geilo Ice Music Festival, as he proudly shows off his newly made trumpet. Some spend several days making their instruments. 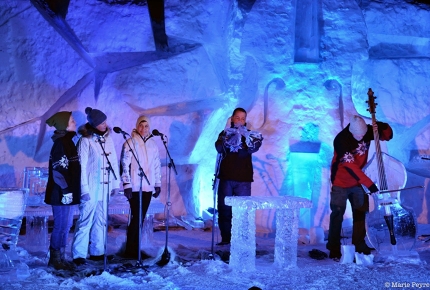 All concerts take place outdoors. “It can get cold sitting outside on a crisp winter night, but this is all part of the unique charm and intimacy of the festival,” says photographer Emile Holba, a Brit who fell in love with the event eight years ago. 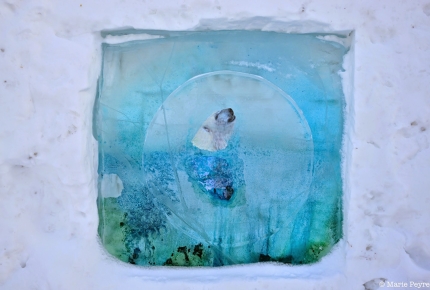 Scenography and ice art also play a big part in Geilo Ice Music Festival. This year the focus was on climate change issues, and featured artwork by Norwegian artist, Oddbjorg Reinton. Reinton uses food colouring in her ice creations to illustrate the impact of climate change on life in the Arctic. 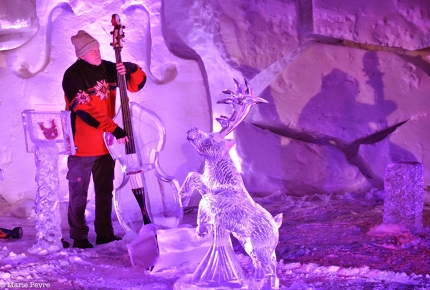 New structural elements are added to the stage for every concert throughout the festival. This frozen reindeer, carved by Bill Covitz (he made it 30 minutes from scratch in front of a live audience) shows how beautiful ice sculptures can be. 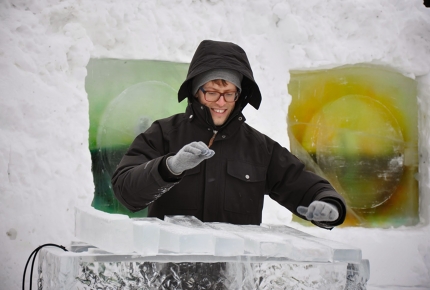 Fancy trying your hand at ice music? In between watching performances at the festival, members of the audience can try out some of the instruments on stage. There are also special sessions for children and family concerts for the next generation of ice music fans. 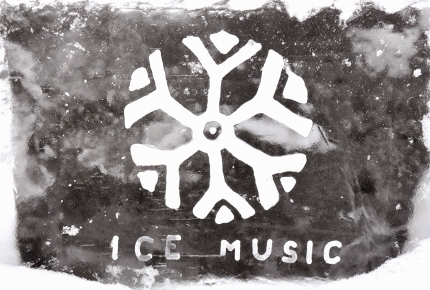 The festival
The next edition of Geilo Ice Music Festival will take place on 21-24 January 2016 (www.icemusicfestival.no).

Getting there
The train is your best option. Travel time from Oslo is 3.5 hours, from Bergen 3 hours. Book well in advance and grab a ‘minipris billett’ for the best fare (from 249NOK/£18 one way): www.nsb.no.

Where to stay
Dr Holms Hotel is conveniently located a few minutes’ walk from the concert area (www.drholms.no). Doubles from around 1,300NOK (£99). A bit further away from the action, but still within walking distance, Vestlia Resort offers top accommodation and dining (www.vestlia.no). Doubles from 1,500NOK (£115).

Where to eat
There are many options to choose from in town. Try Restaurant Hallingstuene for a traditional Norwegian dining experience, or Bowl&Dine for American favourites at Dr Holm’s Hotel.