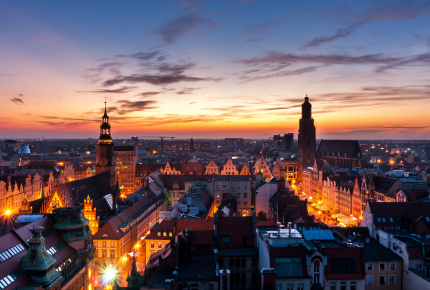 With a feast of baroque architecture and Poland’s liveliest nightlife, Wrocław is the European Capital of Culture 2016 that few have heard of. Anita Isalska checks out its charms.

Poland’s fourth largest city is unveiling a rich programme of events this year, to celebrate its gilding as Capital of Culture, an honour it shares with San Sebastián in Spain.

But Wrocław’s cultural scene thrives beyond shows and exhibitions. Its faded neighbourhoods attract film directors, boutiques pop up in 1970s housing blocks, and there’s wining and dining with a difference. Here are the 10 things not to miss when visiting Wrocław.

In Wrocław, gnomes snooze in doorways and swing from lamp posts. They originate from anti-establishment capers by the Orange Alternative movement in the 1980s. Gleefully declaring that rules prohibiting demonstrations didn’t apply to gnomes, many of these dwarves show indomitable spirit, including the first gnome statue which is poised holding a rock behind his back (spot him on the corner of Świdnicka and Kazimierza Wielkiego). Nowadays there are more than 300 dwarf statues, embodying whimsical caricatures of Wrocław’s human inhabitants. Tread the trail with a map from the information office in Wrocław’s Rynek (Market Square).

North of the River Odra lies rapidly changing Nadodrze. Handicraft shops and pint-sized galleries are sprouting across this once-dreary neighbourhood, though 1970s tower blocks and crumbling art deco mansions still serve as gritty reminders of its past. Knitted accessories and anatomical heart jewellery fight for space in Macondo, Pomorska 19. Over at Nado, plac Świętego Macieja 10, traditional ceramic art finds new expression in minimalist ornaments and mugs with bat-wing handles. Meanwhile, browsing paintings and sculptures in Galeria G, Jedności Narodowej 47, feels like rummaging in the attic of a fabulously eccentric aunt. 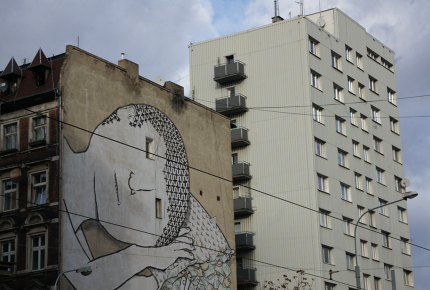 3) Dive into the strange world of Hydropolis

Brand-new Hydropolis, Na Grobli 19-21, is the most interactive and surreal exhibition space in Wrocław. Step beneath the aquatic curtain of this cross-discipline water museum to discover a cornucopia of roaring audiovisuals and neon-lit installations. Duck into movie lounges showing films about undersea ecology, worship the glowing altars of water symbolism in world religions, and stretch out on lounge chairs to watch projections of the ocean. Who cares that it’s 322 miles to the sea? 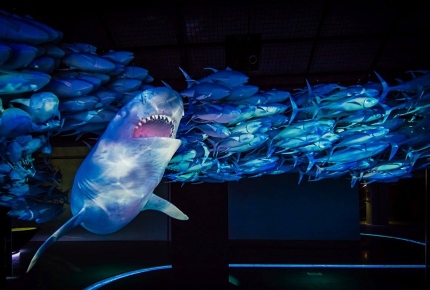 4) Bask in history at the Centennial Hall

Saucer-shaped Centennial Hall (Hala Stulecia), Wystawowa 1, is a UNESCO-listed architectural marvel. Completed in 1912, it won acclaim for its elegant design and broke records for concrete construction. Spared damage during WWII, it was a meeting point for protesters during the 1980s Solidarność movement for workers’ rights, and is still referred to as a Cathedral of Democracy. If its concerts and events don’t lure you in, the hall also anchors some of Wrocław’s best-loved attractions: Zoo Wrocław, the huge Afrykarium aquarium, plus a serene century-old Japanese garden. 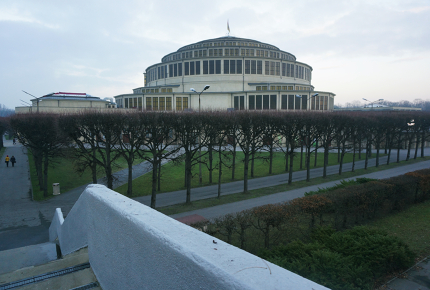 5) Lose yourself in Wrocław’s Bermuda Triangle

The post-war buildings in Oława, eastern Wrocław, are so untouched by development that Steven Spielberg shot parts of the film Bridge of Spies here. In the movie, this trio of eerie lanes stood in for Berlin at the height of Soviet subterfuge – the only change required was the hasty unhooking of a few satellite dishes. Oława is known as Wrocław’s Bermuda Triangle, thanks to its insalubrious past: it was joked that these streets could make belongings (and people) disappear. It no longer harbours this murky reputation, so visitors can experience the brooding atmosphere without fear of being spirited away. 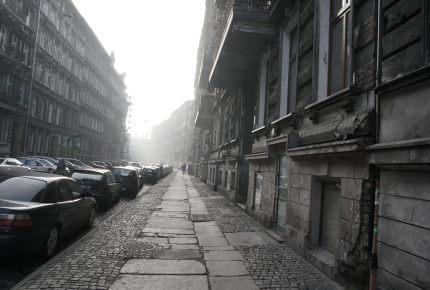 Central European menus are heavy in beetroot soups and cannonballs of pork knuckle, and although there’s no shortage of hearty meals in Wrocław, it has a refreshing selection of vegan restaurants. Bar Vega, Rynek 27a, dishes up meat-free takes on Polish cutlets and stuffed cabbage rolls, while Green Way, Legnicka 60, packs pierogi (dumplings) with lentils and broccoli. For something classic, try ZZtop, Kazimierza Wielkiego 25/1a, where the ‘ZZ’ stands for zupy i zapiekanki, soups and toasted baguette drowned in mushrooms and melted cheese. 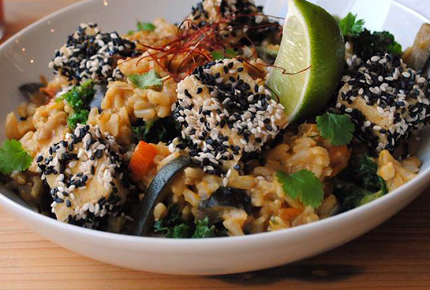 Withdrawing to a darkened room isn’t usually a priority on holiday, but this revamped cinema, Kazimierza Wielkiego 19a-21, is excellent for hanging with locals. Once an unremarkable movie theatre showing Hollywood blockbusters, it was given a makeover a year ago – and a popcorn ban. Many visit to peruse book fairs, unfold board games or sip smoothies as they discuss the Three Colours trilogy, but there’s no better place to mingle than this open-minded cultural hub. 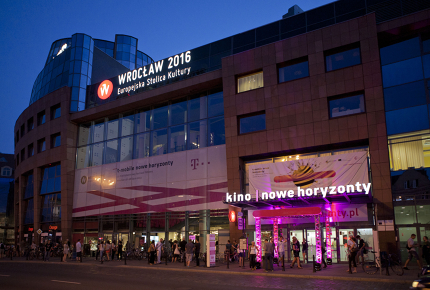 8) Spot the lamplighter of Cathedral Island

Robed priests and nuns can still be seen sweeping across the bridges around Ostrów Tumski (Cathedral Island), Wrocław’s oldest and most spiritual area. Just northeast of the Old Town, this sacred spot has extra sparkle after dark: it’s the only place in the city illuminated by gas lamps. Arrive before sundown to see a lamplighter extending his taper to each one; this enchanting area is one of only two places in Europe where old-fashioned illumination takes place by hand. 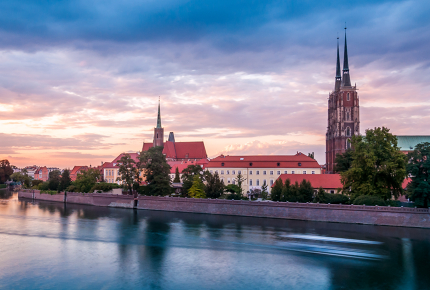 9) Feast in a historic jail

Period buildings have found new purpose in modern Wrocław. The swinging carcasses of Stare Jatki, the old butcher’s lane, have been swapped for souvenir shops. At the old jail, Więzienna 6, incarceration is now entirely voluntarily: vaulted brick-lined chambers play host to dining and drinking in Motyla Noga, Więzienna 6, a gastropub with a rich choice in beers and Polish cuisine. The only inmate unable to escape is a dwarf statue chained to the window frame. 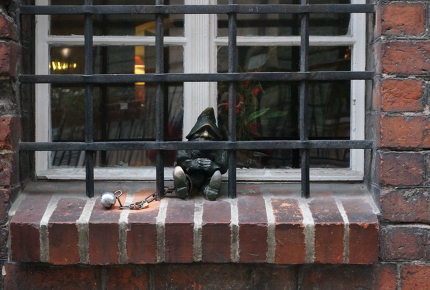 Although Wrocław’s Jewish history dates back to the 12th century, post-WWII immigration boosted the Jewish population. Since the reopening of the 19th-century White Stork Synagogue in 2010, Jewish-themed restaurants and bookish cafés are now flourishing. CIŻ Cafe, Ulica Włodkowica 9, is a charismatic spot for kosher snacks and coffee. Nearby, the antique furnishings and sepia photographs of Mleczarnia, Pawła Włodkowica 5, provide a romantic setting to raise a glass to an enriching day in Wrocław. 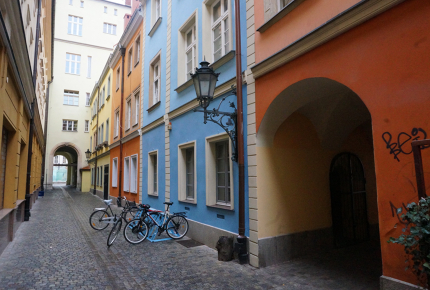 Getting There
Direct Ryanair and Wizz Air flights reach Wrocław from London and Paris. Wrocław also connects to Dresden (3-4 hours) and Prague (5 hours 30 minutes) by train.

Where To Stay
With its elegant high ceilings, lavish breakfasts and cosy furnishings, Hotel Patio is walking distance from the main square and Jewish district.