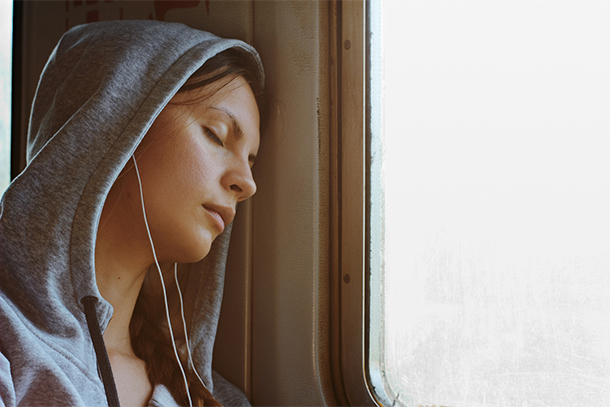 The Internet is a strange place, and in yet another example of its unending weirdness, people are sounding off about their excitement for an inflatable pillow hoodie. As of Tuesday morning, an underwhelming wearable pillow called Hypnos had more than quadrupled its Kickstarter goal of $30,000. Heralded as «a nap you can wear,» it will soon be made and sold.

Hypnos is basically a sweatshirt with a beach-ball-esque inflatable head pillow inside the hood, and it can be yours (eventually) if you preorder it by giving $49 to the Kickstarter campaign. The pillow, which is shaped to fit around the user’s head, looks to be no more than an inch thick. It resides in the lining of the hood, and is filled with air by the wearer, who can blow into a spout to inflate it.

RELATED: 10 Tiny Travel Gadgets That Will Help You Sleep on the Plane

The amount of hype surrounding this «invention» is more interesting than revolutionary, especially since memory-foam hooded neck pillows are already raved about and readily available on Amazon for less than $35, as of January 2016. Inflatable travel pillows are nothing new, and neck pillows are far more affective than one for the back of the head.

Still, over 1,000 people have pledged or pre-ordered the Hypnos Sleep Hoodie, signaling that they are perhaps fed up with those flimsy, germy airline pillows, or that they’re simply ready to be able to nap anywhere you can wear a hoodie. The problem I see with Hypnos, however, is that it offers no neck support, which is important when you’ll be sitting upright trying to get some shuteye. Hypnos may be fine for sleeping laying down on a hard, flat surface, and the sweatshirt attachment is a plus—but we at SmarterTravel have used and reviewed some cheaper, just as pillowy options that could be more effective in the fight against sleeping on planes.

Travelon Wrap Around Pillow: From $20 on Amazon

But, whatever you do, just don’t go for the Ostrich Pillow.