Домой Путешествия A delicacy that makes you feel alive 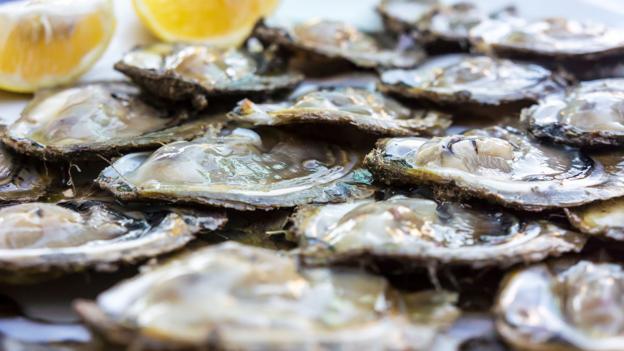 As I let raw oyster after raw oyster slide into my mouth, each one a nice combination of briny and mineral taste, Tomislav Šare, a 19-year-old oyster farmer, had a warning for me: “Don’t eat too many,” he said. “You’ll end up with six children.”

I suppose an oyster farmer would believe in the aphrodisiacal qualities often attributed to the molluscs. But I wasn’t slurping them down for any reason other than that these oysters, pulled from Mali Ston Bay on Croatia’s Dalmatian Coast seconds earlier, were some of the most delectable I’d ever eaten. 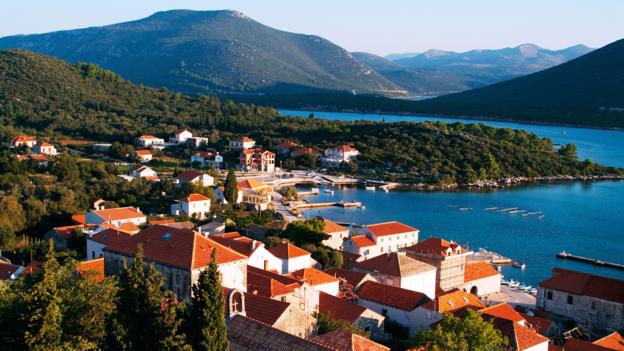 I came to the southern Dalmatian Coast specifically to try these underwater wonders at their source. Croatian friends had long extolled their palatable pleasures. And given that the food-frenzied world seems to have a particular love affair with oysters recently – the molluscs’ appearance on US restaurant menus, for example, has increased by 15% since 2010 –  I was flummoxed that these Dalmatian varieties were not getting more attention. I wondered if they were overrated, or if national pride was eclipsing the taste buds of my local friends.

To find out, I met up with Šare (pronounced Shar-ay), whose family offers tours of their oyster farm for 15 to 30 euros (depending on the length of time) and owns a popular restaurant called Bota Šare in the town of Mali Ston. The Šare family has been cultivating the bivalves for generations and is one of about 40 families that have special permission to farm oysters in the bay; the number has shrunk recently (from about 50) because of the invasive dorada fish, which has a strong enough jaw to break the oyster shell and eat the meat inside, thus diminishing the amount of oysters the bay produces. 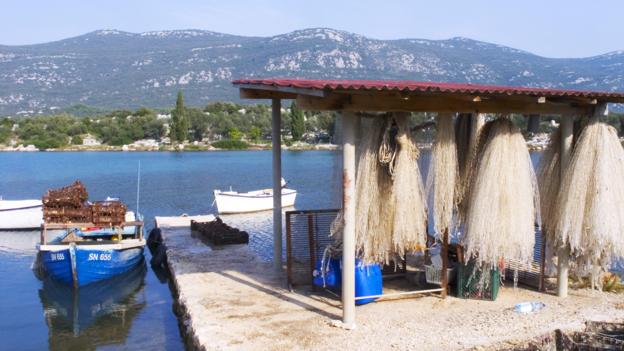 Mali Ston was once the northwestern border of Ragusa, an independent republic that buttressed two larger forces around the Adriatic Sea: the Ottoman and Venetian empires. Ragusa eventually became Dubrovnik and the larger area became Yugoslavia and then Croatia. While salt was the main form of wealth here many centuries ago, it was the oysters that gave it such renown. Roman emperors funded farms off the coast but weren’t the only royals to develop a fondness for them. Almost two millennia later, Austrian emperor Franz Josef would have cases of oysters shipped to Vienna each month. And, in the late Middle Ages, nobles from Dubrovnik (né Ragusa) would front the money to start oyster farms in Mali Ston Bay, taking their payment in oysters instead of cash.

The reason why these oysters – known as Ostrea edulis, or European flat oysters – are so good has to do with the unique and distinctive nutrient blend that naturally occurs in Mali Ston Bay. While the bay is already loaded with salt, the nearby Neretva River discharges fresh, mineral-heavy water from the karst springs that flow into it. Add in a sea floor that is packed with phytoplankton, and you have a natural recipe for some of the planet’s best raw oysters. 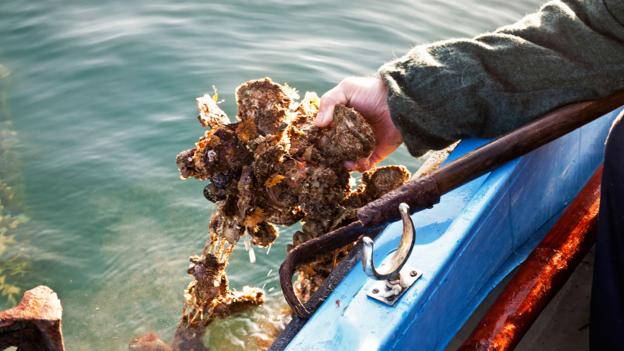 “For this reason,” Šare said, “The oysters five kilometres away will taste differently than they do here. It all depends on the mix of all these things.”

A few days later I was out on the bay again, this time with Denis Dražeta, an oyster farmer who can be booked via the Calvados Club. I met up with Dražeta in the  village of Hodije, and one short boat ride later, we were standing on a wood plank in the middle of the bay. 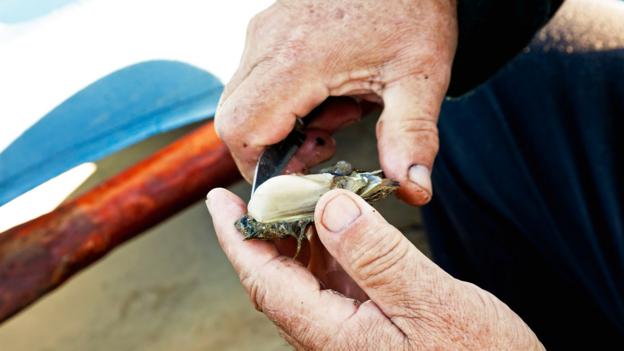 Dražeta pulled up a rope that had oysters clinging to it and explained the process. You start with a net in the water. After a year, the farmer pulls it up, throws back the young oysters, cements the others to a rope and puts the rope in the sea. Two years later, they’re ready to eat. “The only difference in oyster farming between now and centuries ago,” said Dražeta, “is that instead of rope and net we used twigs, and for cement we used a combination of eggs and stone. But everything is still done by hand.” In fact, from netting to shucking, every oyster is touched five to seven times before it reaches your plate.

Dražeta began plucking some oysters from the rope. “I hope you’re hungry,” he said. He wedged a knife in a few, shucking the meat, and handed me one. Down the hatch it went. These had a slightly different flavour profile than those a few days (and kilometres) before: they were brinier, plumper and less brassy. Yet there was enough mineral taste to complement the saltiness. 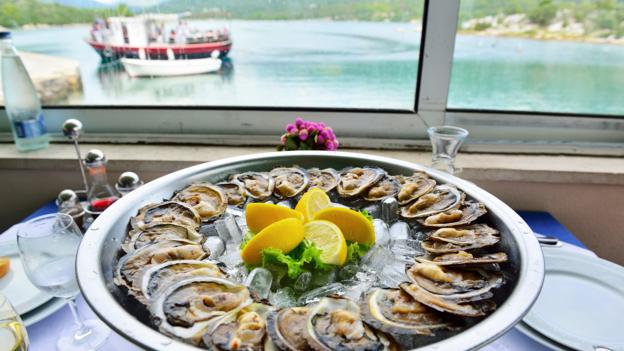 Dražeta guessed that his oysters had a brinier flavour because his farm was further from the fresh water river mouth and thus didn’t get as much influence from the minerals.

A few nights later, I was having dinner at the Hotel Excelsior in Dubrovnik. As I sipped a glass of Croatian white wine and watched the sunset – the lights turning on to illuminate the walled Old Town in the near distance – a server set down the dozen Mali Ston oysters I had ordered. It felt like I was an emperor, surveying my kingdom, while savouring my favourite edible delight.

I opted to take the advice of Dražeta and eschew anything like lemon or horseradish that would alter the oysters’ flavour. It was, like any good oyster, not just a taste of the sea, but a complex stratum of flavours: briny and brassy, with delicate buoyancy on the palate.

Something gets sparked inside us when we eat oysters. It’s as if we’re consuming a potion – one that takes three years to ripen but just a second to make you feel alive.

I took a sip of wine to cleanse my palate for oyster number two, looked out at Dubrovnik and posed the question again: overrated oysters?