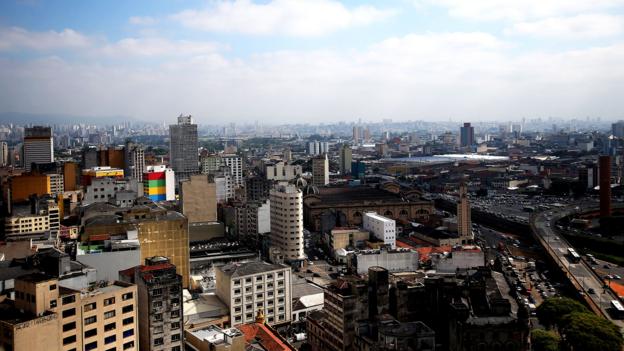 People who move abroad for work often trade one cubicle for another, no matter how exotic the new locale. But according to a recent study by financial services company UBS, a number of cities across the world average at least 30 days of paid vacation time – more than six weeks ­– not including national holidays. That’s especially generous when compared to destinations like Bangkok, Beijing and Los Angeles, where annual leave averages between 10 and 14 days. We talked to residents in some of these places to find out what life is like – and where they travel during their days off.

São Paulo, Brazil
Residents were quick to call São Paulo a city of workaholics, so even though the Brazilian government requires 30 days of paid leave each year – and Sao Paulo averages even higher at 31 – the only workers who generally take the full amount off are government workers and employees in retail and hospitality. 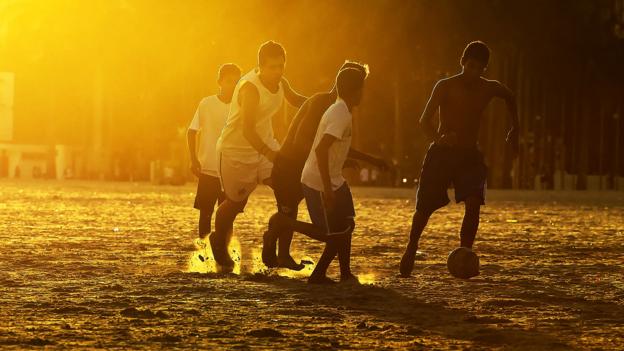 “Businessmen, people who work with arts in general, companies directors and managers cannot take 30 days because they cannot stay away from work that long,” said Sao Paulo native Julienne Gananian.

But that also doesn’t prevent residents from getting away when they can. “Paulistanos really love to travel,” said native Melissa Fernades Olivera, managing director of Hotel Unique and author of travel and food blog Mel Fernades. “Those that remain in the state of Sao Paulo mostly go to the beach: Guarujá, Santos or North Beaches such as Camburi, Maresias, Baleia. Some go to the countryside where there are many private farms, and another portion goes to cities in other states like Rio de Janeiro, Buzios and Angra.”

When residents take longer holidays, usually around Christmas and New Years (São Paulo’s summer), top destinations include Miami, Orlando and New York City. Shopping is a big draw in all of the US cities, since local import taxes are high. 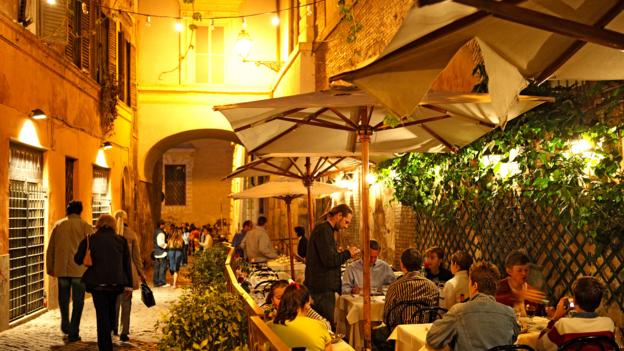 In general, residents say that São Paulo is an expensive city, but it’s always bustling with things to do. Fernades Olivera lives in Paraiso, close to the green oasis of Ibirapuera Park. “My neighbourhood is calm, where families live,” she said. “There are local restaurants and Paraiso is close to Jardins and Itaim, other famous – and very alive – areas in the city.”

Gananian suggested those looking for a bohemian lifestyle should consider Vila Madalena, 9km west of the city centre. The neighbourhood has excellent shops, bars and restaurants.

Rome, Italy
Though paid time off averages about 32 days in Rome, current economic conditions—12.5% unemployment across Italy with 44% among younger workers ­– are keeping residents from taking full advantage of the perk. 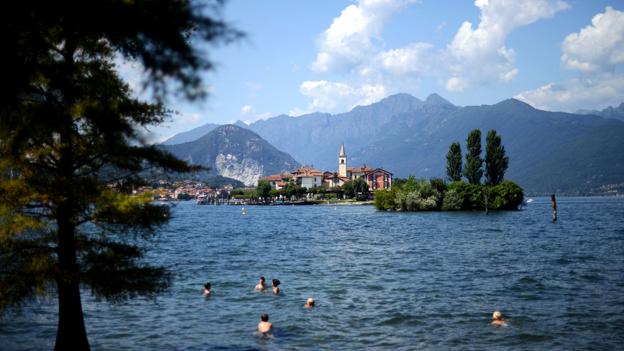 View image of Enjoying a meal on the terrace of a restaurant in Rome's Trastevere neighbourhood (Credit: Credit: Franz Marc Frei/Alamy)

“The market is currently very constrained,” said Maria Pasquale, who moved to Rome from Melbourne four years ago and blogs about life in the city on Heart Rome. “Romans with a decent job are hesitant to rock the boat in the workplace for fear of losing their job.”

The Italians who do take days off often spend time within the country, taking advantage of a beautiful and diverse land that draws visitors from around the world. An extensive regional train network makes local travel especially easy. “Italians spend summers on the Italian coast, near lakes or in mountain areas,” Pasquale said. Low-cost airlines also make it easy to find direct flights to other European capitals. 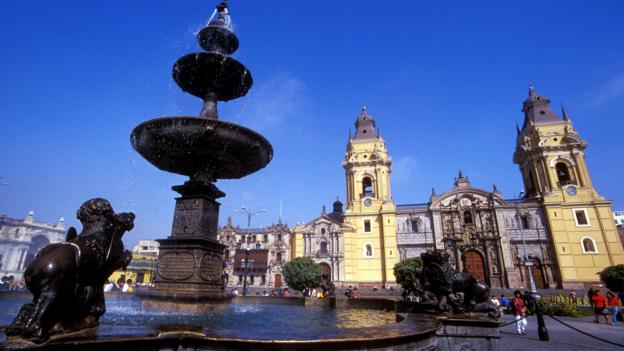 Even in the face of difficult conditions, Romans enjoy all that the city has to offer in their down time. Pasquale lives in Trastevere, in the centre of Rome, just across the Tiber River. “It’s often compared to New York’s Greenwich Village or Paris’ Left Bank in that it is very unique and has an small town feel,” she said. “It’s a little boho and full of cafes, bars, restaurants and small boutiques. It’s where Romans and foreigners come to eat and drink in the evening; street performers entertain in the main square; and during the day it’s a bustling hive of activity with locals going about their daily shop at the market and students sitting at cafes using free wi-fi.”

Other popular expat neighbourhoods include Monti by the Colosseum and Prati by the Vatican. Gentrified districts like Pigneto are also up-and-coming, Pasquale added.

Lima, Peru
With an average of 31 days of annual leave and plenty local holidays, Lima residents can take full advantage of the surrounding areas; mountains, rainforest and beaches are all within a few hours. 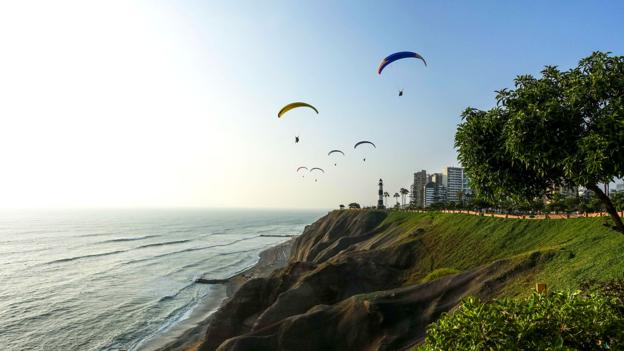 “If people only have one day off, they might go to Cieneguilla, which is a beautiful area east of Lima with lots of small hotels and restaurants, as well as some larger resorts,” said former Californian Mara Rutherford, who writes about her expat experience on Most Eligible Family. “It’s much greener there and very quiet.”

On long weekends, residents head to the southern resort town of Paracas or the northwest beach town of Mancora. Rutherford recommended the city of Huaraz for a mountain experience with hiking and horseback riding. Expats and travellers might also visit more popular destinations like the rainforests around Iquitos, about an hour flight to the north, or historic Cusco, an hour flight to the east. 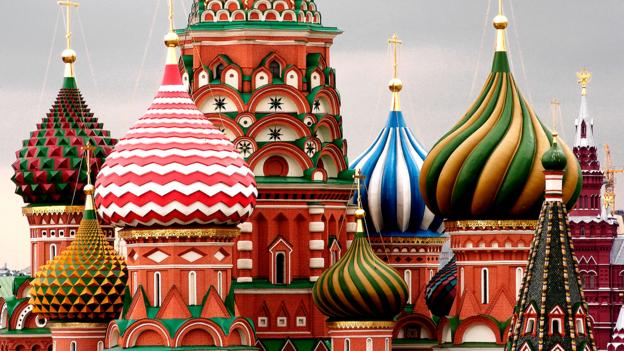 View image of Paragliding off the coast of Miraflores in Lima (Credit: Credit: Caleo Photos/Alamy)

As a coastal city, Lima itself has plenty to offer. Many expats like to live in seaside Miraflores, where a vibrant social scene includes the city’s best restaurants. Rutherford lives in Sol de la Molina, a suburb in the city’s east. “It’s very quiet here, with a lot of larger homes,” she said. “The area is popular with families because there is more space for yards and pools.” American expats often live in Surco, right in the city centre, as it is close to the US embassy and American school.

Though most prices are similar to those in the US, Rutherford said she finds restaurants to be cheaper than their American equivalents. Petrol is expensive, but taxis are cheap, and “nothing is very far”.

Moscow, Russia
Topping out at 31 days, the average paid time off in Moscow means that some residents are able to take three holidays a year. “One in summer, another one in early January, and sometimes in May or early spring,” said David Lashkhi, who moved from Tbilisi, Georgia about 10 years ago. Tougher economic times in Russia mean that many locals only travel internationally for their summer vacation, however, and stay closer to home for other days off. 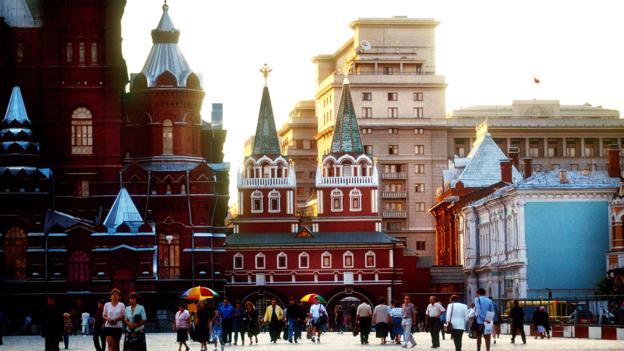 The first low cost Russian airline, Pobeda, launched last year and has made it much more affordable to travel domestically. “The most popular place to travel locally is the Russian Black Sea resorts,” Lashkhi said. Turkey and Egypt are also affordable destinations, alongside former USSR countries like Georgia and Armenia.

In staying close to home, Muscovites make the most of what their city has to offer. “We still go to restaurants, cafes, cinema, theatre and clubs. A few weeks ago there was a night of culture. Many museums and exhibitions were free for entrance, and about month ago there’re was a night of music. Music halls, conservatories and clubs were also free,” Lashkhi said. 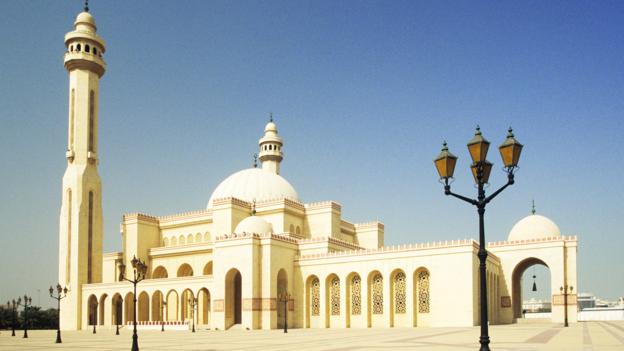 Lashkhi lives in the old city centre, known as Taganka, where expensive modern apartments are juxtaposed among 15th Century churches and Cold War skyscrapers. The affluent Patriarshiye Ponds, 3km northwest of the city centre, is a favourite expat neighbourhood for its proximity to metro locations and the peaceful ponds that invite walking, exercising and relaxing.

Though Lashkhi finds Moscow to be an expensive city – especially recently due to low oil prices (a major export) – the metro is an economical way to get around the city.

Manama, Bahrain
With more than 34 days annual leave, Manama tops the UBS list of cities with the most vacation time – which doesn’t even count the nearly 20 public holidays that city residents also enjoy. It’s a perk that residents take full advantage of in the summer months, when temperatures can reach nearly 40C and school is out for the year. Most people travel internationally during this time. 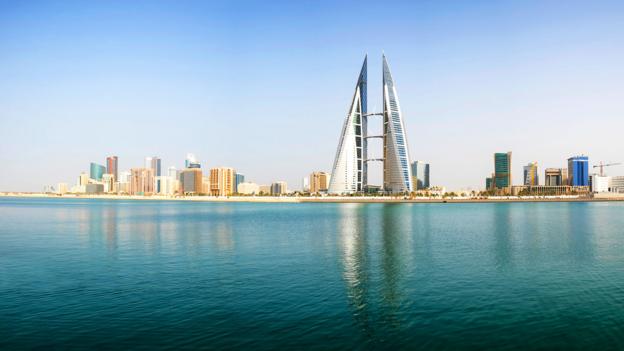 “The most popular destinations are the East Asia and Europe, especially Turkey, Georgia, and Armenia,” said Amal Dashti, a Bahrain native.

Manama itself sees plenty of tourists during holidays, especially from Saudi Arabia and Kuwait. For those who want to make the most of life in the city, Adliya is a popular neighbourhood south of the city centre where you’ll find the majority of clubs, bars and restaurants. The neighbourhood of Juffair is popular with expats and those in the US Navy, as a naval station is close by.

Farther afield, expats can find gated communities in Saar and Budiya, both 16km to the west, especially popular for those working in Saudi Arabia but living in Bahrain.


View image of Residents of Manama, Bahrain have more days off than most working people in the world (Credit: Credit: Iain Masterton/Alamy)

Annual leave aside, Bahrain can be an expensive place to live. “Almost nothing is produced in Bahrain,” said Thomas Flindt, the general manager of the Sheraton in Bahrain. Flindt moved to Manama less than a year ago by way of Beirut and is originally from Denmark. “Everything is imported and the country runs a system of single importers of many different goods. With no competition, goods are pricey.”