Домой Путешествия The Italian town with an ancient secret 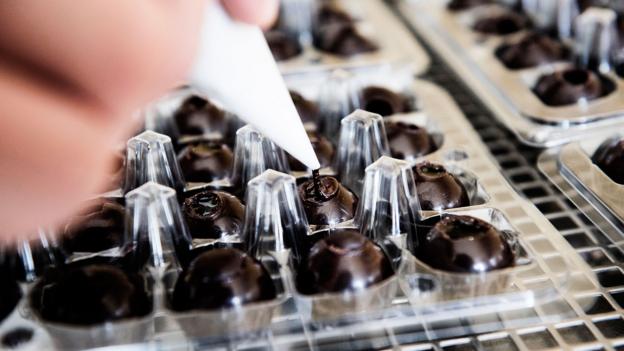 One hot day in May, I opened the door of a tiny Sicilian café and found a lone elderly woman sitting in the dark. Not realising the café was closed, I told her – in poor Italian – of my quest to find a special type of chocolate that’s unique to the island.

Surprised and happy to see a tourist so early in the season, she beckoned me over and pulled back a curtain. There was an entire wall of shelves holding nothing but dozens upon dozens of chocolate bars in every flavour imaginable.

For years, travellers have been drawn to Sicily’s intriguing history, smoking volcanoes and famed cuisine, but somehow the island’s distinctive chocolate – made in the Unesco World Heritage town of Modica and inspired by the traditions of the ancient Aztecs – has remained one of the world’s best-kept secrets.

When the Spanish were ruling Sicily in the 16th Century, conquistadors went to Mexico and brought back cacao and the recipes needed for what the Aztecs called xocoàtl, a paste ground by a smooth round stone called a metate. Unlike the often over-sugared and creamy snack we know as chocolate, the original xocoàtl was bitter and used to enhance sauces for meat dishes, grated over salads or eaten on its own as a dietary supplement. If prepared with certain spices, it was considered an aphrodisiac. 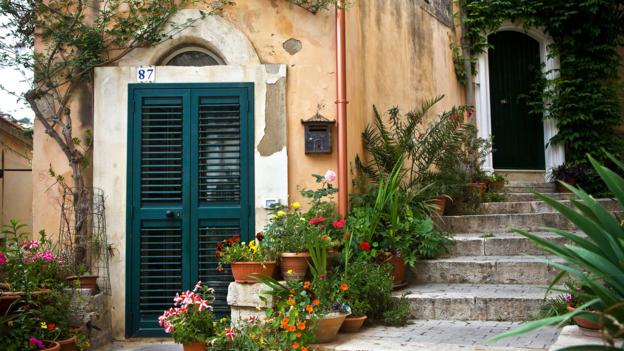 View image of Modica is one of the eight late Baroque towns of the Val di Noto in Italy (Credit: Credit: Jann Huizenga/iStock)

In Modica, generations of families have followed the same techniques, using metates crafted with lava stone from Mt Etna. Locals would mix the chocolate paste with sugar, “cold working” it so that the sugar doesn’t get hot enough to melt; it gives the treat an unusual but deliciously crunchy texture. Then, they would incorporate flavours typically enjoyed on Sicily such as lime oil or pistachio. Today, flavourings are occasionally adapted to more modern tastes such as the current European fashion for sea salt chocolate.

After a prolonged chat with the woman in the cafe, I continued on my journey to find the heart of Sicilian chocolate making. Modica was still about an hour’s drive away – and I was ready to discover the town’s three most popular chocolate shops. 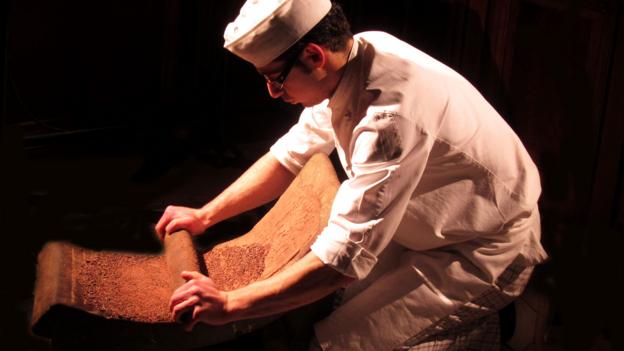 As soon as I arrived in Modica, my eyes took in the sights of baroque churches, piazzas lined with palm trees and entrances to tiny, twisty alleyways. My nose, on the other hand, was unable to escape the ubiquitous scent of cocoa and exotic spices.

Chocolate that helps you lose weight?

Like the Aztecs, Modica chocolate makers believe their chocolate has certain health benefits. Unprocessed cacao is rich in antioxidants and flavonoids, and studies suggest that the cold-working process helps to keep these beneficial properties intact.

The walls of Modica’s chocolate shops proudly display articles claiming that one square of dark chocolate a day reduces sugar cravings and can even help with weight loss.

The first shop I encountered was the grand Antica Dolceria Bonajuto, which dates back to the 1880s, and is still run by the family who founded it. When the rest of Europe began to develop a taste for milk chocolate in the 19th Century, the Bonajuto family eschewed the practice and continued making dairy-free, dark chocolate in the Aztec style. All along the counter were dishes filled with samples infused with chilli, cinnamon, lemon oil, sea salt, vanilla, caramel and other flavours.

Just down the road is Antica Dolceria Rizza, which opened in 1935 and makes their now-renowned treats with flavours such as fiery ginger. At Caffe del’ Arte, which doubles as a café, I had the opportunity to sip hot chocolate alongside chocolate-covered fruit and typical Sicilian pastries like cannoli.

Modica’s businesses are serious about preserving – and celebrating – their chocolate traditions. (Even when most of Modica’s infrastructure was destroyed in the 1693 earthquake, the chocolate industry survived). In 2013, the Consortium for the Protection of Modica Chocolate published recipes dating back to the 1740s, and in December, an annual festival called ChocoModica melds the town’s two most important features: chocolate and baroque architecture. There’s even a dedicated chocolate museum, the Museo del Cioccolato (Corso Umberto I, 149, 97015; 39-347-461-2771), located within the Palace of Culture. Inside, almost everything is made out of chocolate, from classical-style statues to a relief map of Italy, and there are videos demonstrating how the chocolate is made along with a valuable archive of historical recipes.

Recently, Modica and the surrounding area were chosen as a filming location for the popular BBC mystery series Inspector Montalbano and The Young Montalbano, bringing a new wave of tourists to discover the secret of Modica’s chocolate as they follow in the main character’s footsteps. But even if the secret gets out, the unusually prepared treat remains nearly impossible to find outside of Italy, giving me the perfect excuse to return to get my fix.

CORRECTION: A previous version of this story had incorrectly stated that cacao trees are grown in Sicily. The incorrect text has been removed.