Домой Путешествия The world’s most beautiful places of worship 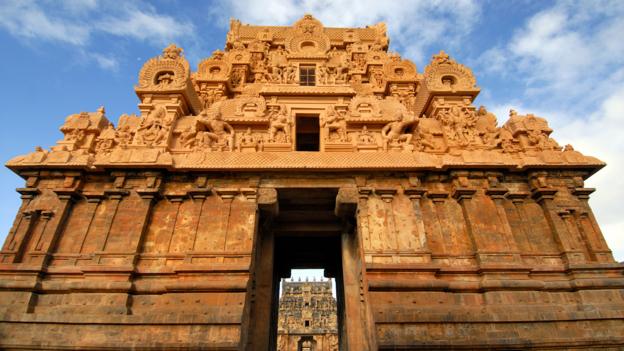 With their awe-inspiring architecture, magnificent facades and sheer size, places of worship are often some of the most beautiful buildings in the world. No matter the religion, travellers from around the world can appreciate the work that led to their creation.

To find out which spots are most spectacular, we turned to question-and answer site Quora.com to ask: “What is the most beautiful place of worship in the world?”

Users’ responses ranged across continents and across religions, including mosques, temples, synagogues and basilicas. Though perhaps forged by a single faith, each of these buildings has a beauty that transcends any single belief and brings together visitors from every creed and culture. 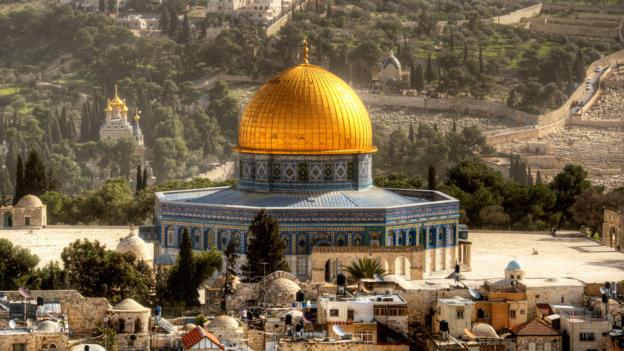 Brihadeeswara Temple, India
Known locally as “The Big Temple”, this enormous granite Hindu sanctuary in Tamil Nadu was built in 1010 by then emperor Rja Rja Chola I, known as one of India’s greatest leaders.

“I visited this temple for the first time when I was in ninth standard as a part of our school tour,” wrote Sharmila Ashraf from New Delhi. “My love for architects and architecture started here. This temple is not only beautiful, but has a fascinating history.”

Part of that history is the mystery of how the single stone kumbam (the structure on top of the temple) was transported to the site. The solid piece of rock weighs more than 70,000kg – and the nearest granite sources are more than 60km away. A 20,000kg statue of Nandi (the bull mount of the Hindu god Shiva) is also carved out of a single stone and sits at the entrance to the temple.

The huge temple grounds, more than 320,000sqm, deserve their own time for wandering contemplation. “The temple is so wide and so large that one has to rest while seeing the ancient carvings on the gigantic walls,” Ashraf said. “It’s the finest example of our architecture achieved during Chola dynasty. A magnum opus.” 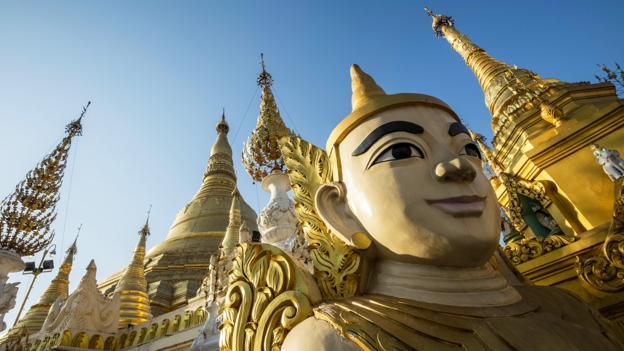 View image of The Dome of the Rock is one of Jerusalem’s most recognised landmarks (Credit: Credit: Sean Pavone/Alamy)

Dome of the Rock, Jerusalem
One of the world’s best-known places of worship, the Dome of the Rock is “quite the sight”, said Jennifer Alam from Dhaka, Bangladesh.

Located on the Temple Mount in Jerusalem, the 7th-century shrine is one of the city’s most recognised landmarks, particularly for its impressive dome that was refinished in the 1990s with more than 80kg of gold. The octagonal design and colourful mosaics are thought to be modelled on Byzantine churches and chapels.

The Dome of the Rock is significant across religions. The Foundation Stone, located in the shrine’s floor, is one of Judaism’s holiest sites, thought to be where the world was first created. It’s also known to be the site of sacrifices by biblical figures such as Adam, Abraham and Noah. Many who follow the faith continue to pray in its direction. In Islam, the site is thought to be Muhammad’s final destination during the Night Journey from Mecca to Jerusalem. 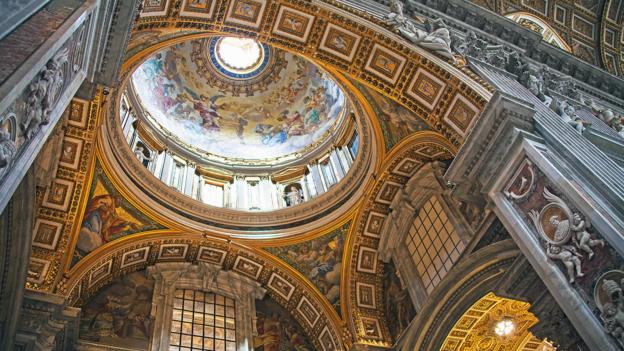 Shwedagon Pagoda, Myanmar
Though historians believe that this Buddhist pagoda was built between the 6th and 10th Centuries, legend has that the structure is more than 2,500 years old, constructed by two brothers who met the Lord Gautama Buddha, known also as Siddhārthaand the primary figure in Buddhism. Relics of all four Buddha are said to be housed in the structure.

Regardless of its true origin, people have a deep-seated reaction upon entering the site.

“Even though the pagoda lies at the heart of Yangon, the busiest centre of the city, once you walk inside the place, you almost hear no noise,” wrote Dzung Dang, who lives in Boston. “The feeling of calm and peace traverse and embrace me. I could just sit there for hours, either to meditate, to admire the beauty of the pagoda or to think about nothing.”

Genuine gold plates cover the base of the stupa, giving the structure its nickname the “Golden Pagoda”; people across the country have regularly donated the precious metal to keep its appearance over the years. The gilded exterior continues its way up to the top of the pagoda; the crown is decorated with more than 5,000 diamonds and 2,000 rubies, and the tip features a single 76-carat diamond. 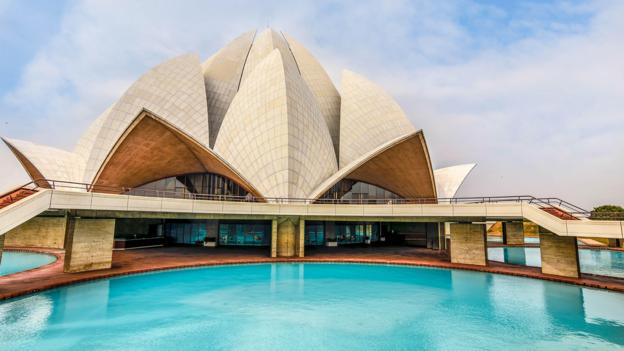 St Peter’s Basilica, The Vatican
It may be constantly overrun with tourists, but even that doesn’t take away from the magnificence of this Catholic and Christian cornerstone. “I don’t think that anyone could argue against its beauty,” wrote Robert Carbury.

One of the largest churches in the world, St Peter’s is considered to be the pre-eminent example of Renaissance architecture, designed in part by Donato Bramante, Michelangelo Buonarroti and other notable Italian architects.

Though a church has been on this site since the Roman Empire, the current structure was completed in 1626. It features the tallest dome in the world – more than 130m high – and is lavishly decorated with marble, architectural reliefs and some of the world’s most detailed sculptures, include Michelangelo’s Pietà.

“No photographs in any way truly capture the beauty, grandeur or even the vastness of St Peter’s,” Carbury added. 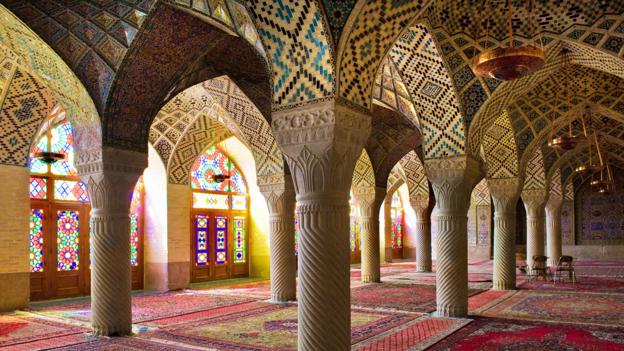 View image of Lotus Temple gets its name from its flowerlike architecture (Credit: Credit: Darko Vrcan/Alamy)

Lotus Temple, India
Religious architecture does not have to be ancient to be beautiful. In fact, one of the most stunning and interesting buildings was built in 1986. The Lotus Temple, a Bahá’í House of Worship in New Delhi, India, gets its name from the 27 blooming «petal» structures that shape the skyline.

«Notable for its flowerlike shape, it has become a prominent attraction in the city,» wrote Murali Krishnan from Chennai in a similar Quora thread. «[It] has won numerous architectural awards and has received wide range of attention in architectural, fine art, religious, governmental and other venues.»

Open to people of all faiths, the white-marble temple can hold up to 2,500 people in its domed interior and has even surpassed the Taj Mahal in annual visitors. 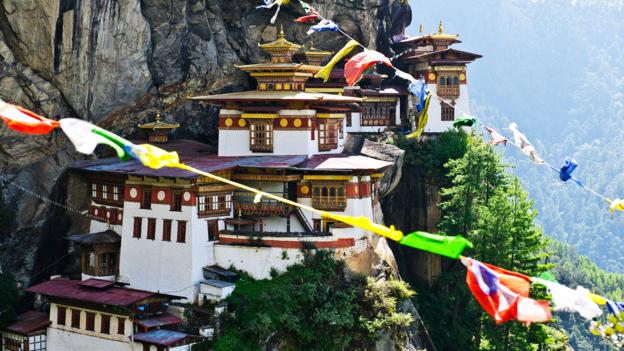 Nasir ol Molk Mosque, Iran
Built in 1888, Shiraz’s “Pink Mosque” – so nicknamed for the extensive pink tiles within its interior ­– garnered special attention due to its intense colours.

“The kaleidoscope of colours are just simply – for the lack of a better word – insane,” wrote Monique Loise Chiong from the Philippines. “I cannot put into words how amazing and stunning the detail and artistry are.”

The building features extensive coloured glass for its windows (best seen in the morning when the light hits it directly), ornate Persian carpets and meticulously detailed geometric wall paintings.

The Paro Taktsang, Bhutan
Situated on a steep cliff 3,800m above the lush Paro Valley, The Tiger’s Nest monastery may not be easy to get to, but the journey through woods and past waterfalls garners its own sense of wonder.

“The view once you reach the monastery is stunning,” wrote Arun Mulbagal from Bengaluru, India. “The fragrance of the incense accosts you and you are left charmed and marvelling at the faith that brings people, young and old, to pray here.”

The Himalayan Buddhist sacred site and temples were built in 1692. Though legends vary on how he made his way to the site, Guru Padmasambhava was thought to have meditated here for more than three years, and is credited with bringing Buddhism to Bhutan. The four main temples and four-sided courtyard are all intricately painted with demigods and Buddha fighting demons, creating a sense of divine grandeur.

“The happiness one feels while inside the monastery is quite something,” Mulbagal added. “You sit down on the floor and try to pray, and the aura of the place washes over you and all you wish for is eternal peace and happiness.”