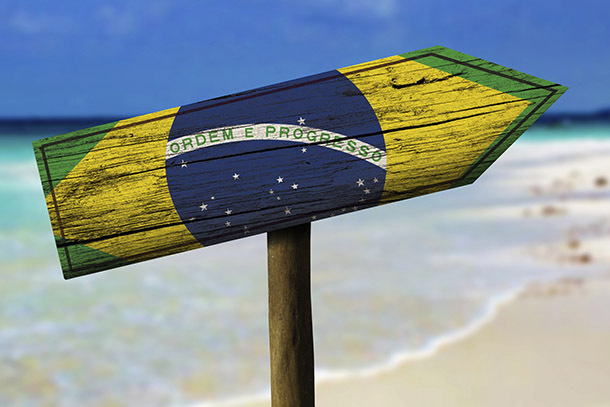 This coming August, all eyes will turn to the beaches and stadiums of Rio de Janeiro, where the 2016 Summer Olympics will be in full swing. The Games are expected to bring athletes and tourists from across the globe to Brazil, and now for Americans, a huge hurdle has been removed. In a move to stimulate the Brazilian economy, the Brazilian government announced that it will
waive visa requirements for citizens of the United States, Canada, Australia, and Japan.

Brazil is a beautiful country, but getting there can be a huge hassle to those who are not citizens of the European Union or certain Latin American countries. For American citizens, visas cost $160 and require in-person consulate appointments to submit the application, a passport, and a copy of round-trip airline tickets.

Removing these tedious steps and high costs have opened the doors to Brazil wide open—at least for the summer. This special offer is will only be available for travel between June 1st and September 18th of 2016, which is great, considering the Olympics occur only for two weeks in August. Brazilian airline Azul is also making the entire country more accessible by offering a 10-day «all-you-can-fly» pass for less than $800.

Whether you have Olympic aspirations or enjoy daydreaming about caipirinhas with a view of the ocean, now is a perfect time to take advantage of this incredible opportunity. Not only has there never been a more exciting time to visit Rio, there has never been a more wonderful time to discover Brazil.

P.S. The word for thank you in Portuguese is obrigado.