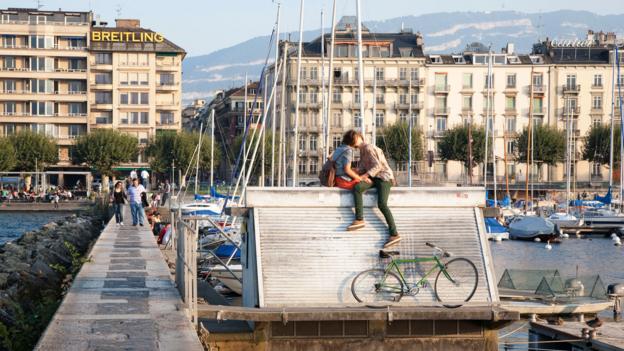 An unspoken rule of travel is that, no matter what, you must avoid boring destinations. If you’re going to endure the sundry hassles of travel – from the cruel middle seat to the temporal whiplash of jet lag – you might as well go someplace interesting, right?

Not necessarily. Interesting is a relative term, and one that lies largely in the eye of the traveller. Boring can be ­– and I realise this is heresy – good. In fact, thumbing through passport stamps and other travel ephemerae recently, I realised that it was the “boring” places that stirred some of the fondest memories. Geneva? Deadly dull. I loved it. Bhopal, India? Nothing special. I had a great time. Ditto Izmir, Turkey and Cleveland, Ohio.

I know this sounds insane. Isn’t travel all about escaping boredom, about making a headlong rush away from the dull and toward the invigorating? 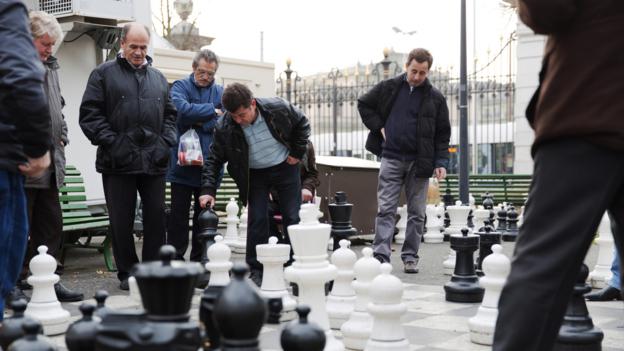 No, it’s not. Travel, I believe, means confronting boredom, staring it down, and emerging not only unscathed but revitalized. We live in an age that has little patience for monotony. Tethered to our iThings, we text and tweet the days away, secure in the knowledge that we need never experience that unsettling ennui that is, let’s face it, part of the human condition. Travel presents an opportunity to untether, and that is best done in less interesting places. That’s because such destinations are completely distraction free, unencumbered by even the distraction of beauty – and, yes, beauty can be distracting, as anyone who has ever stepped foot in Italy can attest. Boring places are like gyms. There’s a reason we join, and that reason has little to do with immediate gratification.

Unfortunately so-called boring places get a bad rap. On a recent visit to Geneva, my daily walks through the city streets were punctuated by, well, nothing much: no Arc de Triomphe or Trafalgar Square or any other sight that might warrant a guidebook mention. I was accustomed to being entertained, especially on the road, and Switzerland refused to deliver. No drama. No fireworks, literal or metaphoric. 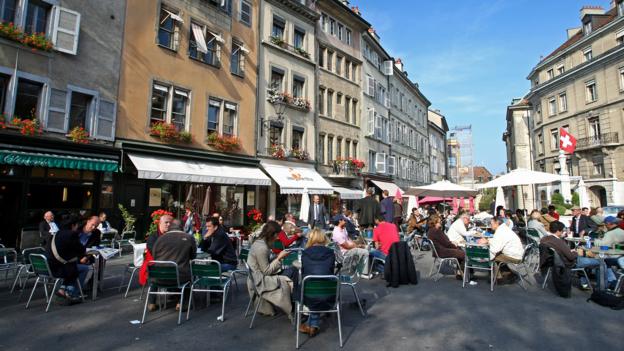 At first, this annoyed me. As the days passed, I grew increasingly restless. Dang it, Switzerland, entertain me! Soon, though, this irritation subsided, and I realised the hidden benefit of a place like Switzerland: it’s challenging – not in a K2 way, of course, but, still, the Swiss lay down their own gauntlet: make your own excitement, they say. We’re not going to help you. And so we do.

For instance, at a dinner party in Geneva, I pressed the guests about my obsession at the time – the cultural roots of happiness – and, after some prodding, they responded with many thoughtful comments, about everything from the local music scene to Switzerland’s controversial policy of assisted suicide. The Swiss, I realized, aren’t so much boring as they are reticent. It ended up being an interesting evening, because I took the initiative and helped make it so. 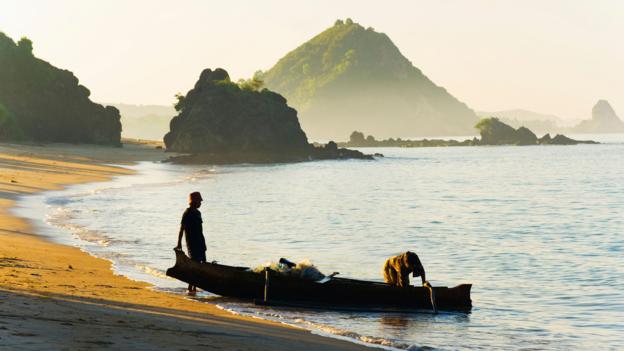 When you relinquish the spectacular, you are rewarded with the quieter joy of the ordinary.

My issue with so-called “exciting” destinations is that they’re crowded, swarming with fellow travellers in search of that very same exhilaration. If you’ve visited Florence during the summer, you know what I mean. Boring places, by contrast, are fresher, less thumbed-through, and therefore more receptive to our trespasses. A few miles off the coast of Bali, for instance, lies the lesser-known Indonesian island of Lombok, where I spent one of the happiest weeks of my life. Lombok may lack Bali’s colourful Hindu culture and its artist colonies, but it makes up for these excitements with a frumpier authenticity. As I criss-crossed the island, imbibing its less-trodden beauty, I experienced a sense of exploration that Bali, for all its beauty, has long ago foregone. When you relinquish the spectacular, you are rewarded with the quieter joy of the ordinary. 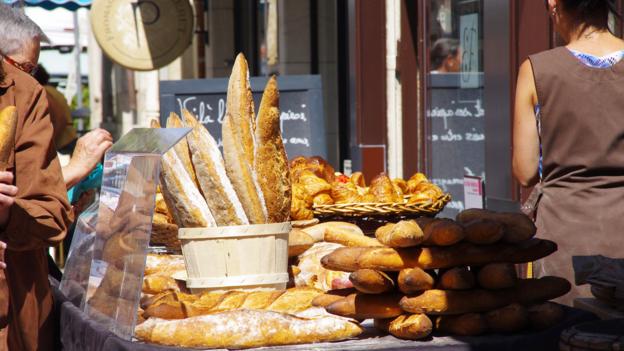 There’s another problem with exciting and beautiful destinations – or heaven forbid, “breathtaking” ones. They create expectations, and expectations are the enemy of happiness. These places raise the bar so high that your experience there is bound to fall short. We’re told, again and again that Paris, for instance, is a romantic city, so if it proves to be anything less we’re disappointed. But in boring places, the bar isn’t only set low; often there is no bar. Any joy we squeeze from their lacklustre sites, their tedious landscape, their humdrum cafes is pure gravy. Boring places lower expectations and, from a happiness perspective, that’s a good thing.

On a visit to Dijon, France, I arrived knowing nothing about the city (other than its famous mustard) and, so, was delighted to discover a clutch of serviceable museums, art galleries and cafes. I would be lying if I claimed these were on par with anything Paris has to offer, ­but as the days passed, unhurriedly, I found myself, in an odd way, savouring their ordinariness. Rather than asking Dijon to entertain me, I had recalibrated my notion of what constituted entertainment. 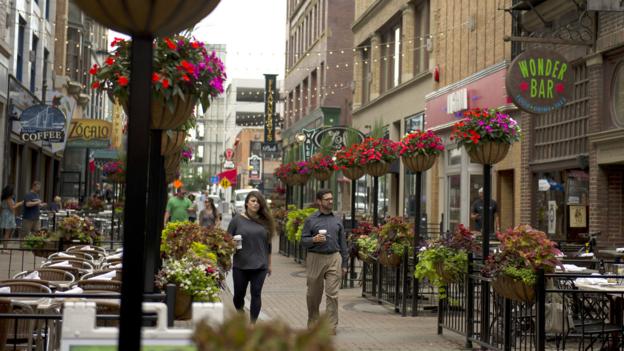 I experienced a similar mental adjustment on a visit to Cleveland. The city, like my hometown of Baltimore, gets a bum rap. Cleveland has its charms, as any city does, and those are best experienced unencumbered by labels. So I did, eating in trendy cafes that were blissfully unaware of their trendiness, and walking leafy streets that are in no guidebook. Preconceptions­ – even positive ones – hamper the travel experience more than all the lost luggage in the world.

With no expectations, you are open to whatever comes along. 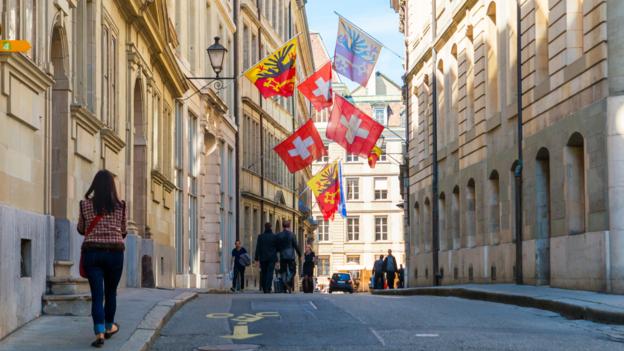 This latter approach is, in fact, a very Buddhist way to travel. The Dalai Lama travels an awful lot, including to many dull destinations, yet I’ve never seen him exude anything other than unalloyed joy.

Philosophers have, through the ages, elucidated the benefits of boredom. “A certain amount of boredom is… essential to a happy life,” wrote British philosopher Bertrand Russell. His fellow Briton, the author and seasoned traveller Aldous Huxley, agreed.  “Your true traveller finds boredom rather agreeable,” he said. “It is the symbol of his liberty ­– his excessive freedom. He accepts his boredom, when it comes, not merely philosophically but almost with pleasure.”

I concede that we don’t normally equate boredom and pleasure – but think about it. We travel in order to change the rhythm of our lives, and that means embracing the lulls as well as the storms we encounter on the road.

More than that, boring places stretch our travel skills, forcing us to find beauty and meaning­ – and, yes, excitement too – in the ordinary. They alter our “muscle memory” – our natural inclination to grow accustomed to anything – and, in the process, make us stronger, better. Isn’t that why we travel in the first place?

The truth is there are no boring places. Only boring travellers.

Eric Weiner is a recovering malcontent and philosophical traveller. He is the author of, among other books, The Geography of Bliss and the forthcoming The Geography of Genius. Follow him on Twitter.