Домой Путешествия Were these remote, wild islands the centre of everything? 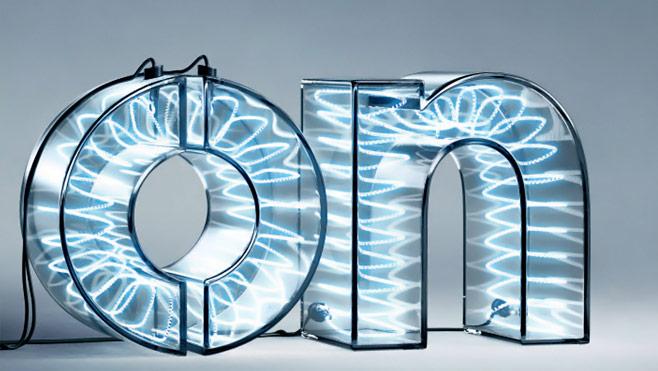 When the owners of Brodgar Farm ploughed up a large notched stone in their field in 2003, they knew it was no normal rock. Someone had altered it. And given the farm’s location, it wouldn’t have been surprising if that someone had lived a very, very long time ago.

Even so, no one had any idea of the discovery that lay ahead.

“I don’t think anyone could have predicted what we found,” said head archaeologist Nick Card. “It’s rewriting aspects of prehistory.” 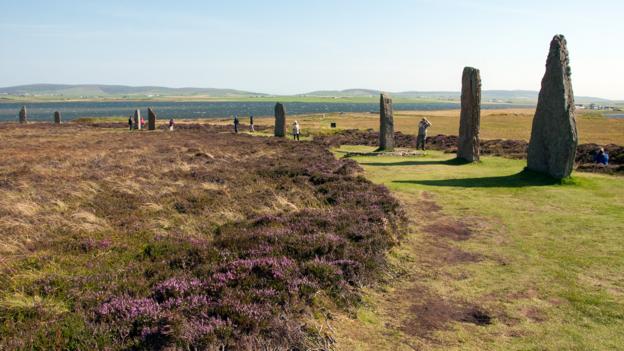 Make your travel budget go further with our global loyalty programme, On Business.

Whether you’re a skeleton start-up, thriving SME, or established corporate company, signing up to a loyalty programme is well worth your while.

Click here to discover more about British Airways’ new business loyalty programme, that’s not only free to join, but offers the chance to earn points and enjoy discounts on British Airways, American Airlines and Iberia flights.

Brodgar Farm – now best known for the site found on its property, called the Ness of Brodgar – is on the Mainland island of the Orkney archipelago, about 30 miles off Scotland’s northern coast. The site sits on a finger-like peninsula between the lochs of Harray and Stenness – and at the centre of an archaeological gold mine. On a hill half a mile northwest is the Ring of Brodgar, a stone circle erected around the same time as Stonehenge, some 4,500 years ago. A third of a mile in the other direction are the Stones of Stenness, erected two centuries before that. 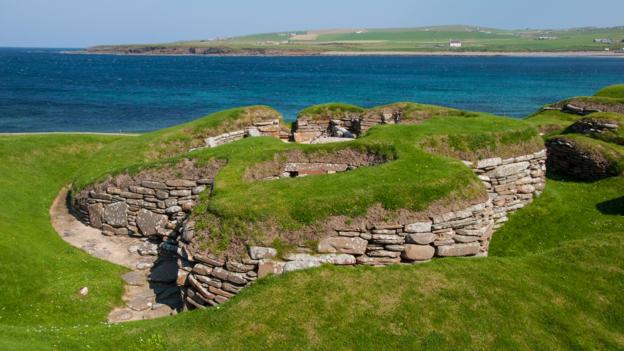 Within a mile and a half, you’ll also find the Barnhouse Settlement, the remnants of a village inhabited 5,100 years ago; Maeshowe, the most spectacular chambered tomb of its kind in northwest Europe, built around 3,000 BC and forgotten until Vikings broke in in 1153, leaving runes in their wake; and more than a dozen other prehistoric burial mounds, as well as standing stones and slabs. (Before the 2003 discovery, Brodgar Farm already had two ancient standing stones in the front garden). Skara Brae, the best-preserved prehistoric village in all of northern Europe, lies just another five miles away. 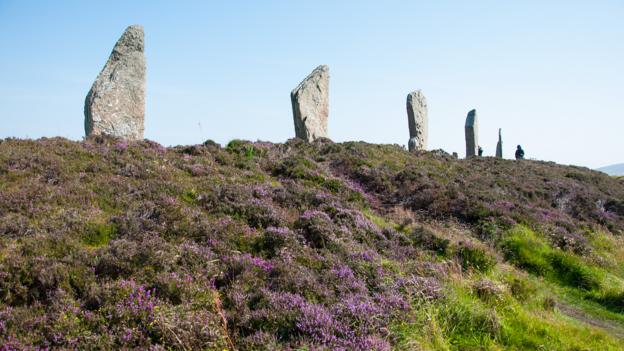 I had come to this isolated island in search of a connection to the ancient past. The kind that people who visit Wiltshire’s Stonehenge seek but often fail to find, thanks largely to the 1.3 million visitors that frequent it each year.

But what I found in Orkney wasn’t just a sense of reverence for our ancient ancestors. It was one of the most exciting excavations going on in northern Europe: the Ness of Brodgar, an elaborate ceremonial complex the size of four US football fields, is reshaping our understanding of the people who lived more than 5,000 years ago.

To appreciate the Ness, though, you also have to visit the Ring of Brodgar: the circle of 26 standing stones (originally, there were 60) that may help explain why the Ness is here at all. And so, on a dazzlingly sunny day in August, I took a five-mile open-top bus ride from the town of Stromness to Brodgar.

As I walked up the hill with the handful of other riders, it came into view: a 104m-wide ring, quite literally crowning the hill, surrounded by wild purple heather. 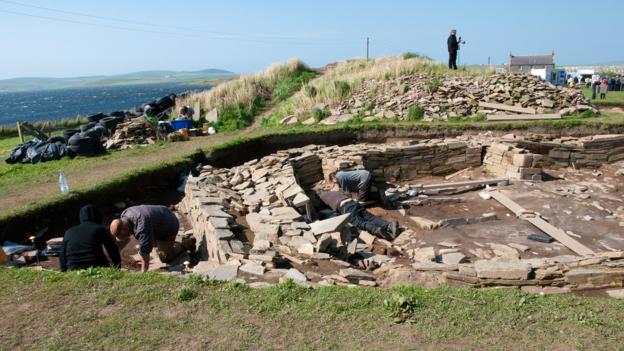 It was easy to forget that the serene sight was the result of backbreaking work, not to mention extraordinary cooperation and ingenuity. Each of the stones, measuring up to 4.5m tall, was dragged from quarries as far as 10 miles away. (The earliest example of a wheel in Britain dates to about 1100 BC, some 600 years later.) The surrounding ditch was cut 9m wide and 3m deep through bedrock – all without the use of metal. Including the ditch and bank – which together are called a henge – the Ring of Brodgar’s diameter is 130m, almost the same as the London Eye. Among Neolithic structures in Britain, its size is exceeded only by Avebury and Stanton Drew; it edges out Stonehenge, whose ditch and bank measure 100m. In all, the Ring of Brodgar is estimated to have taken as many as 80,000 man hours to complete.

No one is sure exactly why the Ring of Brodgar was erected. But the secret may lie in the path that runs over the ditch, like a causeway, providing what seem to be an entrance and an exit. For years, no one understood why the path cut through at those points, or where it might be leading – until, that is, the Brodgar farmers ploughed up their stone half a mile to the southeast. The Ness of Brodgar would have been in use for about a millennium before the Ring of Brodgar was built. It’s now thought that the two sites would have been closely related not only by geography, but in purpose. 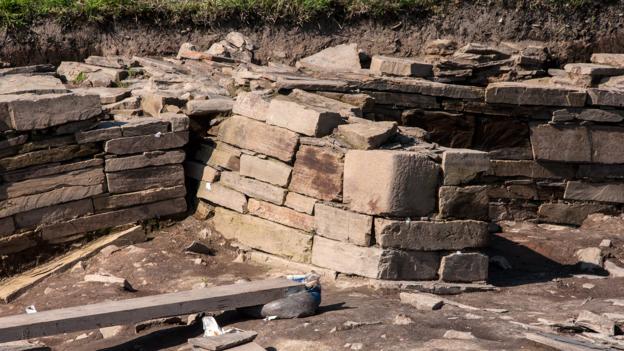 Archaeologists spend eight weeks digging at the Ness of Brodgar each summer; the day I visited was the last of the 2015 season. It looked like a construction yard, one where several large buildings were being built from dry stone. And built extremely well. The walls of one structure was 4m thick; the building corners squared off at sharp 90-degree angles. Each stone, while slightly different, fit perfectly flush with the next. (You can see the excavations yourself with this 3D model). 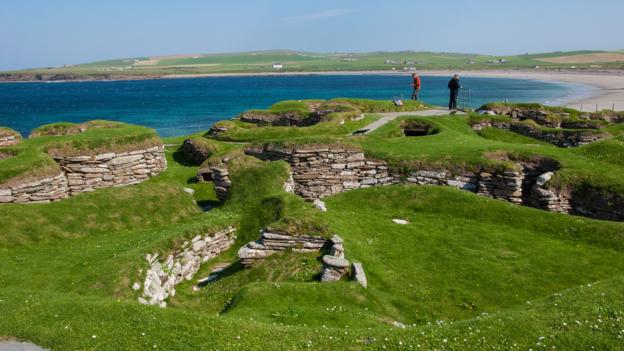 The difference, of course, was that the site wasn’t being constructed, but excavated. And that this building had taken place some 5,500 years ago – before mortar or plaster, axes or levels, metal or wheels, even hard hats.

And that was exactly the point. 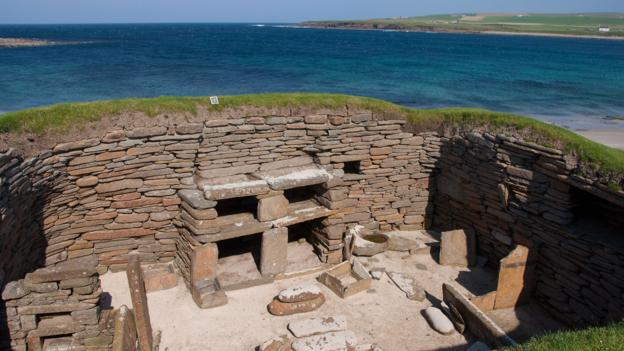 Archaeologists have known for a long time that Neolithic people hardly lived in the kind of caricature world of the Flintstones. Take 5,000-year-old Skara Brae: the village’s houses had insulation between their two-layered stone walls; furniture including built-in stone dressers and stone box beds that would have been made soft and warm with animal skins and plants; and even, in one home, Britain’s earliest toilet.

“They were no different from us. They were just as inventive – and in some ways more inventive,” Card said. “When most people think about the Stone Age, even the New Stone Age, and the advent of farming, they think of it as a very simple lifestyle. But I think Neolithic society was more or less as dynamic and complex as our society today.” 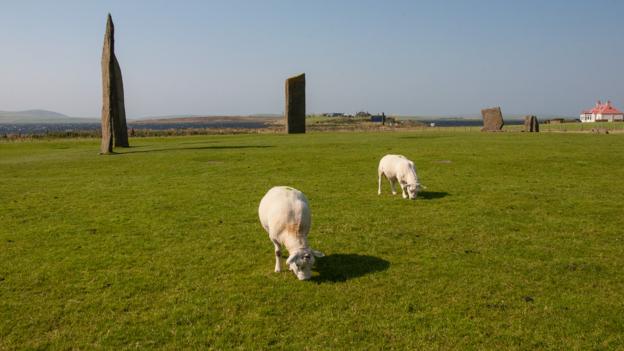 The Ness of Brodgar underscores that even further. Both the size and intricacy of the complex are unlike anything that’s been found in Europe before. The main building, nicknamed the “cathedral”, had an area of some 465sqm, including a forecourt; the entire Ness was surrounded by a wall more than 365m long. And far from being just thrown up, they were carefully laid out according to a plan. “The buildings aren’t just structures. They are pieces of architecture,” Card said.

But the size and design of the Ness isn’t the only way it’s reshaping views of the Stone Age. Previously, the first slate roof ever recorded, for example, was in 13th-century Wales. But the Ness’s buildings had slate roofs, too. (As one volunteer at the site burst out in excitement: “Stone roofs in the Neolithic? You’re kidding me!”). The Ness also has the oldest painted walls in northern Europe – as well as the first evidence of painted grooved-ware pottery, in striking daubs of black, red and white. In total, some 700 examples of Neolithic art – more than in the rest of the UK put together – have been found here.

All of that opulence was for something likely never meant to be a permanent settlement. Instead, the Ness was used periodically for more than 1,300 years. Around 2300 BC, near the end of its life, shinbones from some 400 cattle were deposited on the site – likely the remains of a very large feast, when you consider that a single cow could feed about 200 people. 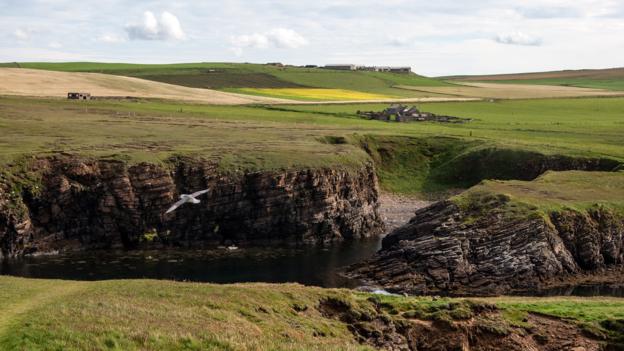 Although the reason people decided to move on from the Ness remains a mystery, that final ceremony – along with the rest of the finds, and the size and design of the buildings themselves – has led archaeologists to believe that its purpose was largely ritual, with people gathering here from many miles away.

The amount of organisation and cooperation required would have been enormous. Imagine the amount of effort that goes into planning a party for 200 people – then multiply the number of guests many times over and take away the ability to email, telephone or even write a letter. That is why the Ness isn’t just changing how archaeologists view Neolithic builders – but Neolithic society in general. It’s also adding evidence to what might be the most surprising takeaway of all: that this corner of Scotland wasn’t just a centre of Neolithic civilisation in Britain. It may have been the centre.

Today, the remote location of the archipelago’s 70 islands means that it is widely ignored by all but the savviest of history- (or prehistory-) loving travellers. But once, it was this very location made them a centre of civilisation. The islands were along the North Sea route that prehistoric people would have taken from northern Europe to Britain and back. Archaeologists have already found, for example, that Orkney invented grooved-ware pottery some 5,100 to 5,300 years ago – a development that later made its way across the rest of Britain, probably accompanied by other types of technology, art and ideas.

As I stood in the middle of the excavation site, watching archaeologists brush pieces of stone and guides point out the latest finds to wide-eyed visitors, I realised that I’d thought the tranquillity and intimacy of Orkney’s sites would help me appreciate our prehistoric ancestors. But here at the buzzing Ness, I felt, instead, a vibrant energy – the same feeling that comes with meeting some truly extraordinary people for the very first time.

This story is a part of BBC Britain – a series focused on exploring this extraordinary island, one story at a time. Readers outside of the UK can see every BBC Britain story by heading to the Britain homepage; you also can see our latest stories by following us on Facebook and Twitter.