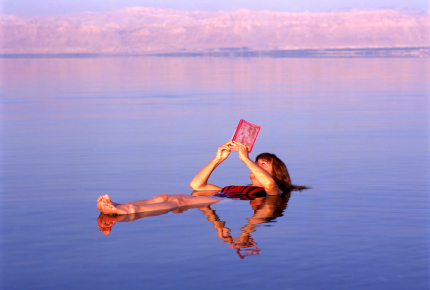 From tales of lost love on the high seas to the touching dreams of a refugee, our resident bookwork, Dan Lewis, rounds up the best reads this February.

1) Being a Beast, by Charles Foster 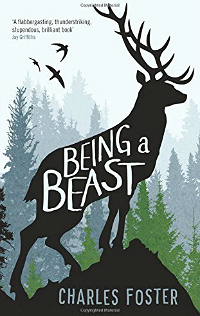 In a bid to better understand what it’s like to be an animal, unconventional nature write, Charles Foster, decided to live like one, rummaging through bins like a metro-fox and disappearing down a hole quaffing worms à la badger.

But there’s more to this book than just wondering what animal he’s going to try and become next. Foster is a creative narrator with genuine literary skill and a masterful eye for pacing.

This year’s H is for Hawk, the book leaves you feeling that perhaps Helen MacDonald’s bestseller might have been improved if she had only tried to fly.

2) Get Mapmaking, by Rian Hughes 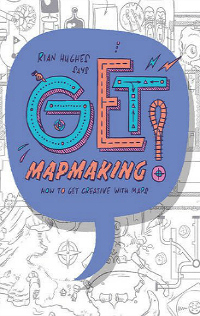 Don’t be dictated to! Don’t be fenced in by Google Maps or told by Ordnance Survey that there’s no place in the grown-up world for self-made treasure maps.

Pick up a copy of Rian Hughes’ terrifically fun Get Mapmaking and start doing some DIY that is actually fun.

I’m predicting that mapmaking will be this year’s colouring in, and this incredibly creative guide is the perfect place for budding cartographers to start.

Who knows, perhaps you can even ditch your guidebook and make your own map for your next adventure?

3) The Little Book of Mindful Travel, by Tiddy Rowan 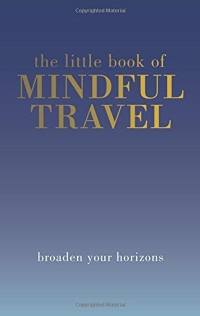 Travelling is a wonderful opportunity to experience new places and meet new people, but admit it – it’s often punctuated with moments of extreme stress that can leave you questioning why on earth you bother.

Enter Tiddy Rowan’s Little Book of Mindful Travel. Like sourdough bread and colouring books, mindfulness seems to be everywhere you look right now but in applying the principles of the approach specifically to how we travel, Rowan has created an invaluable tool for making sure you get the most from your journeys.

Pick up a copy and never leave home without it again.

4) The Buried Giant, by Kazuo Ishiguro 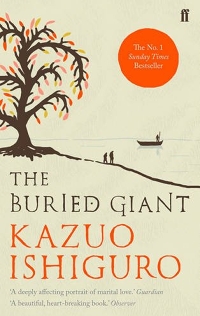 Though I didn’t care much for his previous book, An Artist of the Floating World, which should have had the subtitle “Make Me into a Film Starring Anthony Hopkins and Emma Thompson ASAP", Ishiguro has proven himself one of the most accomplished British novelists of our time.

The Buried Giant – his deeply evocative, fantastical tale that mixes Arthurian legend, Saxon fact and dragons – is thankfully a terrific addition to his works.

If you were wary of the “Ishiguro does Game of Thrones” PR it got when it first came out, its paperback publication will hopefully tempt you to take the risk.

5) The High Mountains of Portugal, by Yann Martel 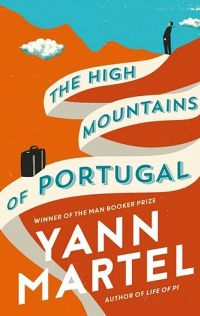 If the very prospect of an opportunity to renew your acquaintance with this sublimely gifted and playfully inventive novelist doesn’t fill you to the brim with unrelenting joy then I can only guess that you’ve never read one of his books before.

Expect surreal, magical, confusing, poetic, perfectly crafted prose where narrative and style appear to interweave as easily and satisfactorily as the story’s strands and characters do themselves. An absolute joy to read. 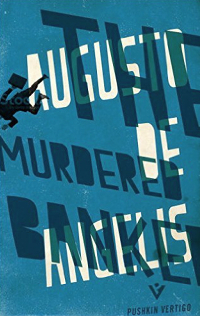 When Augusto De Angelis died at the age of 56, following a beating at the hands of a member of Mussolini’s Fasci, Italy lost one of its most beloved writers.

His twenty book crime series featuring Commissario Carlo De Vincenzi was a bestselling sensation throughout the country and Pushkin Vertigo’s brand new translations by Jill Foulston finally open him up to the world stage.

Start here with 1935’s The Murdered Banker – De Vincenzi’s debut – and read on in the happy knowledge that there’s plenty more tense, dramatic mysteries ready and waiting for you to get stuck into when you’re done.

7) Dreams of a Refugee, by Mostafa Salameh 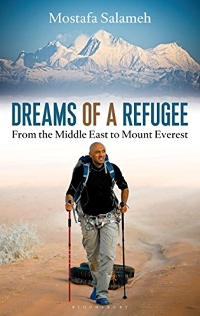 Mustafa Salameh writes eloquently in Dreams of a Refugee, not only about his belief in moderate Islam and his campaign to support anti-radicalisation, but about his fascinating personal journey.

It’s a journey which has taken him from childhood in Palestinian refugee camps to climbing Mount Everest and even trekking to the North Pole.

This is an inspirational and thoroughly positive tale of how one man’s faith has shaped his life in extraordinary ways, and doesn’t shy away from difficult discussions of the Muslim religion. 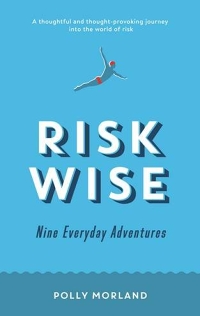 Risk is what makes life worth living – risk and Saint Agur blue cheese.

In fact, the latter proves the former to be true since my love of rich foods runs the risk that such indulgences are slowly killing me – but what would life be without them?

Polly Morland chooses nine scenarios – such as families who continue to live on the slopes of Mount Vesuvius – to prove her thesis that risk is part of a full life and should be embraced.

A wonderful book that will surely inspire readers to step out of their comfort zone, take a few risks and live a little. 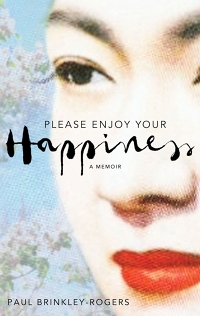 A memoir of a not altogether conventional love affair.

Paul Brinkley-Rogers pieces together the story of his relationship with an older Japanese woman, cultured and intelligent but with a mysterious past, whilst serving as a seamen when he was just 19.

Now in his seventies, Brinkley-Rogers comes to realise that she was in fact the great lost love of his life, but through his recollections of their shared moments of happiness and re-reading of her letters to him, what emerges is a celebration of something apparently transient that in fact never went away.
Beautiful and unexpected.

10) Maps that Changed the World, by John O.E. Clark 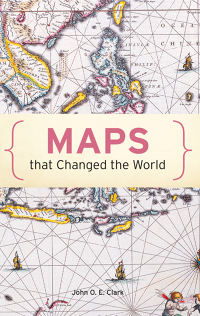 In the modern world, it’s all too easy to see a map as something set in stone; a predefined outline of an area that we use to find our way.

John O. E. Clark’s remarkable Maps that Changed the World is here to remind us all that maps are only ever a reflection of the civilisations that create them, and that they themselves shape history.

Packed with fascinating commentary and remarkable examples – from the earliest ancient clay tablets and celestial charts to war and Booth’s poverty maps – to pick up this book is to lose an hour or more. It’s time we can all afford to lose.