Домой Путешествия An interview with Tim Arnold: Founder of Save Soho 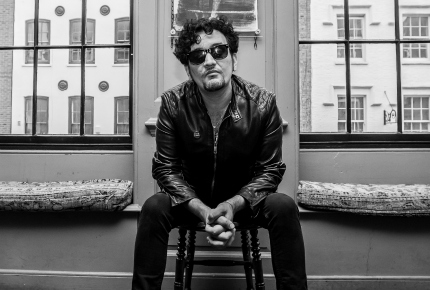 Gavin Haines catches up with Tim Arnold, who speaks about the challenges facing Soho, the beating heart of London.

What does Soho mean to you?

Because of Soho’s unique position and history, it cannot be identified by one single characteristic. There has always been an acceptance for people of all colour, creed, sexual orientation and social standing, rich or poor. And Soho has been a national platform for edgy, innovative performers since the 1950’s.

What are the problems facing Soho?

There are multiple problems facing Soho: concerns for residents, performing arts, affordability, inclusivity, Crossrail – the list is endless. Another problem is that there aren’t enough small venues in the area to cater for the incredible rise in British talent from all over the country.

The Astoria was demolished, The Black Gardenia was demolished (which was to Paloma Faith what Hamburg was to The Beatles, The 12 Bar closed and of course Madame Jojo’s closed.

Is this a local problem or London-wide?

The issue is London wide and indeed, nation wide. Grass roots music venues are built on a business model that has little value to landowners and developers in this day and age.

But the landowners have missed a vital point in their outlook on small venues – the positive economic side effects of having small venues in any area are not to be sniffed at.

If hundreds of people head into town to see a band at a gig, they are all potentially going out for dinner first, buying drinks, travel, merchandise etc. A lack of small music venues is actually detrimental to the overall nighttime economy in any district.

That is where the answer lies in bringing the needs of landowners and musicians into line. A small music venue may not be a viable business, but it is an incubator for hundreds of micro-businesses.

You don’t get an Adele by only putting one artist on a month in London. The one artist that boosts the economy comes from thousands performing all year round. And they all start off in small, grass roots music venues. 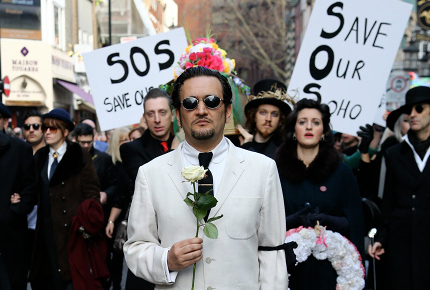 Is the game up for Soho?

The game will never be up for Soho. It is built on an ever-evolving spirit and the only constant about Soho is change. Save Soho’s view is that the spirit of Soho is built by addition though, not subtraction.

Its enduring legacy exists because it is multi layered – and you can see each layer on top or each other. Soho must make new additions, whilst preserving what people already love about it. Add to Soho. But do not take away what is valued culturally and is already there.

Have you enjoyed any successes?

Since Save Soho made such a strong case about the importance of Madame Jojo’s, the owners have announced they will reopen the club. It does seem like quite a turn around from a company who initially stated that “they own the building and it’s their decision what happens there” to now reopening “bigger and better”.

It’s great that the owners are now illustrating genuine pride in a space that they own and are now looking to secure a future for that venue that will be as influential as it’s past.

Problems are always going to arise in Soho, but as long as people express a heartfelt and unified affection for Soho, the problems can be solved. And that is what Save Soho has tried to do: unify people who are affected by the problems in order to affect positive change. In that at least, we have had some success.

Critics might say you’re clinging onto a bygone era?

I think a lot of Save Soho supporters are clinging on to a bygone era, but speaking for myself and everyone on the committee, we do not feel like that. We are all for change. It’s vital to Soho and vital to humanity.

London is changing fast – and perhaps not for the better. What hope do you have for its future?

All the worst changes through history happen because of apathy. Ordinary people must learn to care – and speak out. Those of us who do speak out do our best and remain optimistic. But there must be greater numbers speaking out if we are to secure a truly diverse and culturally successful London.

London is full of people who know the price of everything, but the value of nothing. But it’s our city, and it can’t save itself. It’s up to you and me. 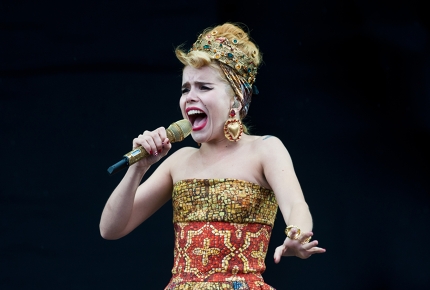 Tim Arnold is a singer songwriter and the founder of Save Soho. Last year he released a Soho-inspired concept album, The Soho Hobo.