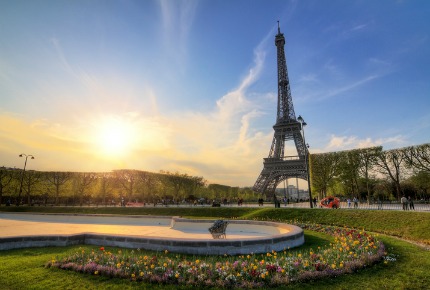 Put a pin in the Eiffel Tower for Euro 2016. Jeremy Allen walks us through Paris proper with natural plonk, forgotten Piaf and plenty of spirited bonhomie.

Best old man boozer
Paris is hardly synonymous with old man pubs, but Le Zorba (137 rue du Faubourg du Temple) is a snug space with an assemblage of convivial vintage boozehounds. As one of Paris’ many PMU bars, you can also place a bet or buy some fags.

Best natural wine
‘Natural’ plonk is all the rage in Paris right now, and nowhere is more feted than Les Caves de Reuilly terrace wine bar (11 boulevard de Reuilly) in the 12eme arrondissement. With so few recognisable labels, don’t be afraid to ask for a bottle that suits.

Where the locals drink
Le Comptoir Général (80 quai de Jemmapes) on the Canal Saint Martin is innocuous enough exteriorly, but pass its black door and inside is a TARDIS-like world of possibilities with wild African decor and hip locals as far as the eye can see.

Best hangover breakfast
There are times when a pain-aux-raisins and orange juice just won’t cut it. Breakfast In America (4 rue Malher) in the Latin Quarter will take care of all your starchy needs, even if it’s not exactly authentically Parisian.

Best street food stall
The Bügelski Deli (59 rue Belliard) is a food truck with a difference, dispensing tasty bagels instead of burgers. Its fillings include classic pastrami, roast chicken and smoked salmon.

Best flashy restaurant
If you like flamboyant French food, there’s no better place to try it than the ostentatious, belle époque establishment Le Train Bleu, situated within the Paris-Gare de Lyon. This cathedral to cultured cuisine is like eating at the Palace of Versailles.

Best burger in Paris
For something a little different, munch down on a quinoa burger at the Potager du Marais (24 rue Rambuteau), Paris’ premier vegan restaurant. If you must have your pound of flesh, then Paris’ first burger truck, Le Camion Qui Fume (168 rue Montmartre), has juicy patties worth tracking down.

Most hipster coffee shop
The 20eme arrondissement has threatened to become gentrified for decades — and judging by the number of laptops you’ll see in Cream (50 rue de Belleville), the takeover is already happening. Expect specialist coffee, homemade cereals and room to lock up your bike.

Most Instagrammable dish
Any of the meat, fish or vegetarian Bentos at open-plan Nanashi restaurant (57 rue Charlot) will set stomachs rumbling in real time on your Instagram feed. 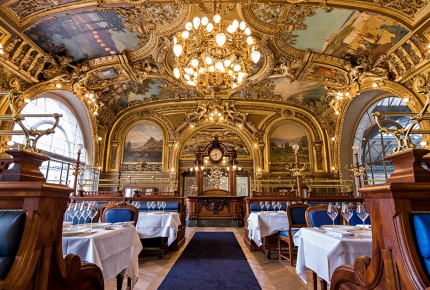 Where to pull a cougar or a silver fox
Nuit Debout, where people of all ages come together at Place de la Republique for rousing choruses and political protest, is the cultural epicentre of Paris right now. Most are there for activism, but you’ve got a whole night ahead of you, so why not offer someone some of your blanket?

Where to snog a student
Both English and French students hang out at cheap chain bar Belushi’s (5 rue de Dunkerque) near Paris Gare du Nord. You’ll double your chances if you’re bilingual, otherwise a long night of televised sport and drink deals awaits.

Where to go headbanging
Where else but James Hetfeeld’s Pub (17 boulevard Poissonniere)? Due to the variable spelling, we presume that it wasn’t named after Metallica’s frontman originally, but it’s been turned into a metal themed pub anyway.

Where to pick up naughties
Rue Saint-Denis will fulfil all your basest needs, from Persian rugs to Verlan-spouting Toms.

Where to dance your tits off
If good music, strong booze and spirited bonhomie is your kind of thing, get down to the sweaty wine cellar of Chez Georges (11 rue des Canettes) where unabashed revelry explodes most weekends.