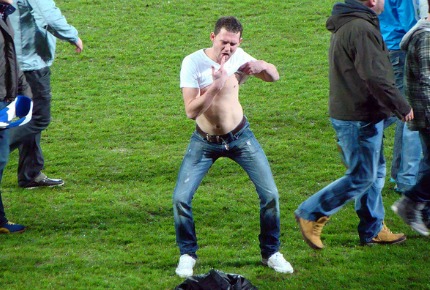 With all that high-grade foreign lager and strong continental sunshine, Euro 2016 will be an exciting time – just don’t be an idiot. Joel Golby explains how…

DON’T just Eurostar it to Paris and back
I mean, especially as England don’t play any group matches in Paris — and it’s not nailed on that they’ll play any second-round games there either.

Still: use Gare du Nord as a base to rail about the country. Once you’re in Marseille for the England-Russia match, you’re basically in ferry central, with links to Sardinia, Algeria and Corsica right there. When England open their account with a limp 1-1 against supposedly inferior opposition, you can take your mind off things by just heading to Tunisia to have a big sun-kissed mental breakdown.

DON’T just taxi about everywhere
French taxi drivers are just like English taxi drivers: they hate Uber and love smoking, and can see you – you with your full socks-and-shinpads England home kit saying “la Mardi du Gras” – coming a mile off.

Pretty much every French city has a Metro system with ten tickets costing about €8, so use that to get around. If you are in Paris (and you really shouldn’t be, see point one), you can hire their equivalent of a Boris Bike and do 2am laps of the Eiffel Tower with a Union flag tied round you like a cape after England 1–0 Wales (Rooney, 89, (pen.)).

DON’T use your GCSE French
All you know how to say is “ham and cheese sandwich”, “the library is on the left” and, inexplicably, “Jacques has a red parrot”. Do not bother smiling French hoteliers with your rusty nonsense.

DON’T mention cowardice and/or the War
WWII was a really long time ago and you didn’t personally fight in it, so don’t get drunk and openly urinate on the Arc de Triomphe whilst waving the Vs about and saying “yeah, but Dunkirk!” The National Gendarmerie have guns and they’re not afraid to shoot you.

DON’T buy a penknife
You’re not 14 and this isn’t your first school trip abroad, so there is literally no reason to go to a tabac run by an aggressively smoking French man to buy an under-the-counter penknife and a load of fireworks. For similar reasons: there is no need to make up a sexual encounter in which you lose your virginity to an experienced older French lover just to impress your friends back home. 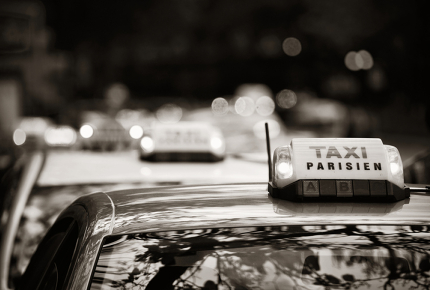 DON’T get really drunk on Kronenbourg
Yes Kronenbourg is a perfectly serviceable lager that, most importantly, you know how to pronounce, but sticking to the 1664 “because it’s French, mate, du pap du Champs Elysee” is doing a great disservice to France’s burgeoning craft beer movement.

Marseille, where England will gut it out with Slovakia, has several microbreweries and enough brews to put together a Marseille Beer Week. Hit up Fietje at 36 rue des Trois Frères Barthélemy for over 100 craft beers, many of which come served in their own special glass that you’ll think very hard about sneaking into your bag to take home and then, with grim inevitability, sneak into your bag and take home.

DON’T sit outside cafés in groups, in plastic garden furniture you inexplicably bought from home, wearing an England shirt that says ‘Rob #1’ on the back, because your name is Rob, clicking your fingers and calling the waiter “garçon”
The beauty of French supermarkets is that you don’t need to clutter outside restaurants ordering chips and only chips and consulting the wine list and pretending you know what it means.

Pop into a Carrefour or Géant Casino to pick up some fresh bread, a platter of deli meats and some brie, and literally any bottle of red that costs somewhere between €2 and €7, and you can have the best picnic of your life anywhere where there’s a bit of green. The Stade Bollaert-Delelis in Lens (England vs. Wales, June 16) is a short walk from Parc de Loisirs de la Glissoire: go there, feed some arrogant French ducks, crack a few Babybels open and have the time of your life.

DO eat any and all of the croissants you see
Croissants are brilliant and you are in the home of them: every time you see a croissant it is important to buy one, eat it in the street like a dog, and get all the crumbs all down you in doing so.

France is obviously home to bread, wine, and cured sausages, but its food culture is shaped by the countries near to it too: Lens and Lille both have strong Belgian overtones, so are the place to go for beer and stew.

Marseille’s north African influence means that anywhere you go that smells like charcoal will have tagines, shawarmas and meatballs, and be run by some bossy third-generation meatball mama who will sit you down and shout at you in pidgin English and feed you the best food you’ve ever had in your life for about £20.

Who needs England to win it, eh? Who needs a Gary Cahill header in the 88th minute to barely carry us through against Slovakia? Nah. Not you. You’ve got meatballs. 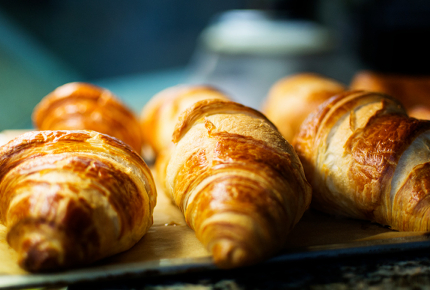