It is a well-known fact that not just the capital cities are the most beautiful cities representing the country. There is a huge number of other less-known cities that are spectacular and whose beauty is remarkable. When talking about beautiful cities, Europe has a great number of such. This old continent breaths history with fascinating views in every corner of it. Such an old European country is Belgium that has a lot to show to the world travelers. Its capital, Brussels is a beautiful, historic and rich city. However we will focus on Durbuy, the Belgian beauty famous and highly-recommendable place by the ones who have already visited it. 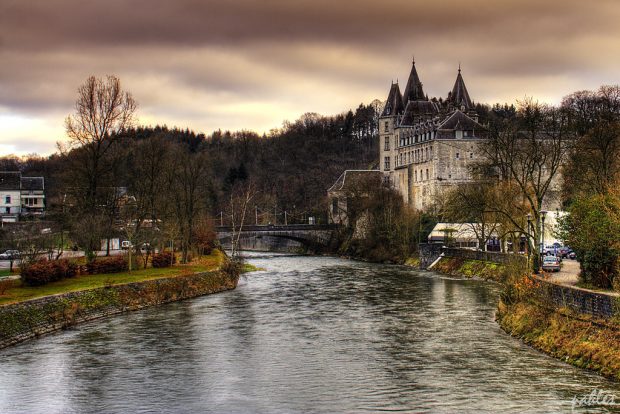 The city of Durbuy is located in the province of Luxemburg. It is a Walloon city with a total population of only about 10.000 people living on the area of 156.61km2. This fact shows that on average there are 67.9 inhabitants per km2. In the past times, especially in the medieval times this city was very important as it was one of the most famous in the country for commerce and industry. It was in 1331 when this former town got elevated to the rank of city. The one who did this was the famous king of Bohemia, John I, Count of Luxemburg. Nowadays this city is famous for tourism and recreation most of all. It was known among the experts as the smallest city in the world. However the facts show that there exists even smaller city, just to beat the record, and this city is Hum, located in Croatia. The Ourthe River is what makes this city even more picturesque and such a cozy place for a peaceful walks with beautiful views. The narrow streets and the unique architecture are the city’s trademarks. It just makes everyone fall in love with the city.

Just to complete the perfect trip everyone should try some local food and the traditional Belgian beer. The chances are you will taste the best beer in the world exactly in Belgium.