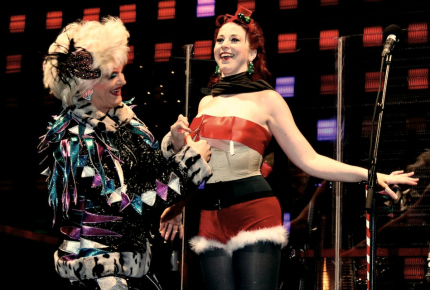 At least that’s how the good patrons of Hamburg’s adult-only Christmas market see it. Every year they slip into the festive season with a visit to Santa Pauli, where pretending to have sex with a microphone has become something of a custom.

With conventional karaoke, my tuneless crooning usually prompts groans from listeners, but now it’s me groaning to the audience, panting out an orgasmic soundtrack that synchs with the fleshy adult action being projected onto a screen above me. Judging by the dated hairstyles and cheesy soundtracks, the blue movie must be at least three decades old. 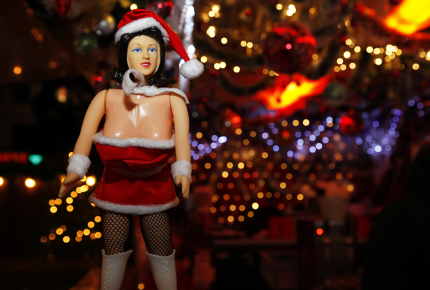 There’s a creeping sense of embarrassment as I moan into the mic, but the good-natured crowd, who whoop and cheer, carry me through the awkwardness and give me the courage to pant on to a cringe worthy climax.

Suffice to say I’m getting a real feel for Santa Pauli Market, which is held in the St Pauli docklands, an area long renowned for its louche nightlife, seedy brothels and neon-lit sex shops.

In recent years the authorities have tried to clean up the area and turn it into some sort of entertainment hub – as their Dutch counterparts are doing with Amsterdam’s red-light district – but a seedy underbelly persists: hookers still ply their trade in the sleazy streets, most famously from window brothels in Herbertstrasse.

This lively area was once the first port of call for sailors whose ships had docked. As their vessels were unloaded the salty seamen did likewise. Old-timers lament that it’s no longer a rough and ready red-light district – the rise of the internet and container shipping have brought sanitisation. 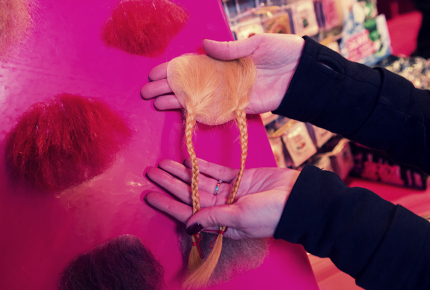 Nevertheless, Santa Pauli continues to play upon the area’s hard-earned reputation for smut. First held in 2006, it has a distinctly tongue-in-cheek feel, though a supressed sexuality hangs over the winter wonderland.

As with most German Christmas markets, Santa Pauli abounds with hawkers in Alpine huts, who sell all manner of handcrafted gifts: glass dildoes (not for the heavy handed, I assume), nipple clamps and a curious line in pubic toupees.

I pick up one of the hairpieces, which resembles a ginger goatee, and wonder what occasion permits such a garment. Is genital alopecia a problem I’ve hitherto been unaware of?

If so, there’s a toupee to suit every balding bush here: the hairpieces come in a range of cuts and colours, though the ginger specimen I’m pondering is definitely not for me – it clashes with my beard. The mouse brown merkin on the other hand… No, I really shouldn’t. 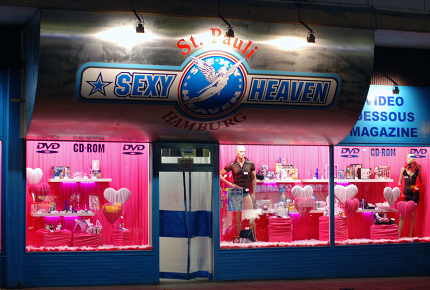 Getting there
EasyJet (www.easyjet.com) offer direct flights from Gatwick to Hamburg, and Germanwings (www.germanwings.com) fly direct from Heathrow.

Hamburg Christmas markets
Santa Pauli runs until 23 December and is part of a larger Christmas market, which includes the gay-friendly Winter Pride market in the St Georg district. If you’re looking to sex-it down, head to the elegant waterfront stalls of Jungfernstieg and to the HafenCity’s Überseeboulevard.

Where to stay
Hamburg has a decent range of budget accommodation, including the Superbude St Pauli (www.superbude.de), where a double rooms with private bathroom starts at €60 a night. St Pauli also has a number of upscale options, including the East Hotel (www.east-hamburg.de), where rooms cost from €99 a night.