For a lot of people, a visit to Egypt is high up on the list of places to visit. Just mentioning Egypt is enough to conjure up images of long-lost pharaohs, pyramids rising high above the sky, and golden sarcophagi. Yet once you get past the most emblematic symbols of this ancient country, you realize that there is so much more to discover.

To help you explore Egypt’s hidden sights, we’ve compiled a short list of the less-visited (and thus less crowded) sights that are away from the crowds of backpackers and tourists so that you can enjoy an authentic taste of Egypt. 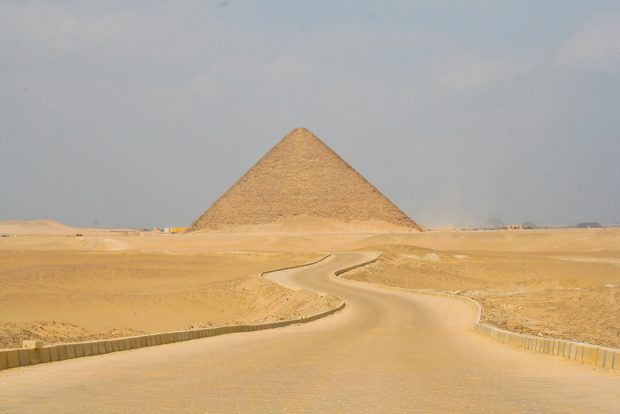 But remember to apply for your eVisa for Egypt before your departure, as you won’t be able to get in the country without it.

Once you’ve grown tired of the Pyramids at Giza and the the many temples that line the Nile, you might be in the mood for a less-transited place where you can have a truly Egyptian experience. If that’s the case, head to the pyramid complex at Dashur, a perfect day trip from Cairo. You’ll find the oldest smooth-sided pyramid in the world here. Most agencies based in Cairo will offer you guided tours of Dashur. There are other alternatives, however, which you can find on the Internet. Located just 50 kilometers from the Libyan border, Siwa Oasis is famed for being the ancient home of the Egyptian god Ammon. Despite being surrounded by vast sand dunes and even has a lake and date palms. Plus, if you so happen to be in the city on the first full moon of October, you can also experience the Siwa Festival, a celebration held for centuries where thousands of people are fed in one night. If you’re looking for an authentic experience with Berber culture, this is probably the best place in Egypt to visit. Don’t miss out on this while you’re in the land of the pyramids. There is much more to Egypt than just sand, temples, pyramids, and an amazing culture. Marsa Alam is one of Egypt’s fastest-growing resort towns where tourists have not yet made too much of an impact on the local culture. The small town is located on the banks of the Red Sea and features temperatures of 22º-29ºC year round. The biggest draw of Marsa Alam are the pristine waters where you can view all kinds of animals, including spinner dolphins and even hammerhead sharks. Marsa Alam isn’t as accessible as other places in Egypt, but there are agencies that contract private convoys to the seaside resort. Another beach getaway is Ras Shitan, located on the Sinai peninsula. It is one of those places that is truly secluded and that offers relaxation in places like Dahab, but it also allows you to avoid the crowds of backpackers. Plus, Ras Shitan is basically a string of camps that’s spread across the Egyptian Red Sea between the towns of Nuweiba and Taba. You can fly directly into Sharm el Sheikh airport, where you can hire a private van for the 100-kilometer trip to the village.